The average value of the province’s largest construction starts fell for the second year in a row after peaking in 2019 when the $36 billion LNG Canada project topped the rankings, according to data collected on Business in Vancouver’s Biggest B.C. Construction Starts in 2021 list (https://biv.com/lists). 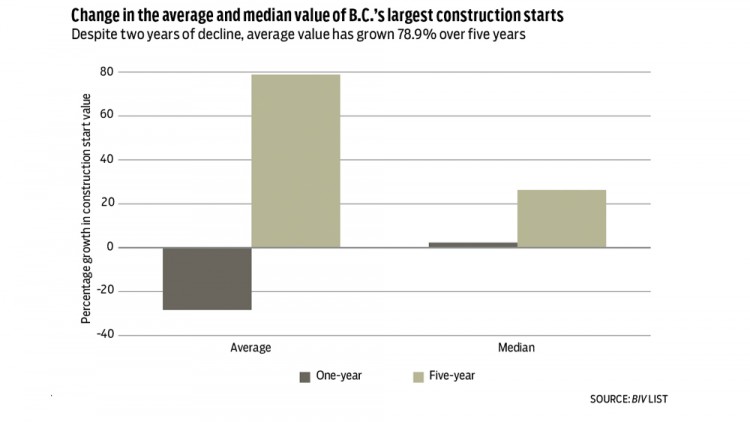 This suggests that while the size of bigger projects higher on list has declined – largely the result of LNG Canada – smaller projects lower on the list have grown.

Even though the No. 1 project on the most recent BIV list was significantly smaller than the largest project in the previous year, smaller projects on the list grew enough to increase the median value of the province’s largest construction starts in 2021. •