British Columbia’s largest tech companies have continued to grow, increasing their B.C. employee base by an average of 15.6 per cent over the past year, according to Business in Vancouver’s Top 100 Tech Companies in B.C. list (https://biv.com/lists).

However, while average employment climbed at the province’s top tech companies over the past year, the median dropped 6.6 per cent, suggesting that larger companies higher on the list grew while smaller companies lower on the list contracted.

The fall in the median follows a year of slowed growth in 2021 and several years of growth prior to that. This suggests that smaller companies struggled to grow through the pandemic unlike some of the industry behemoths. 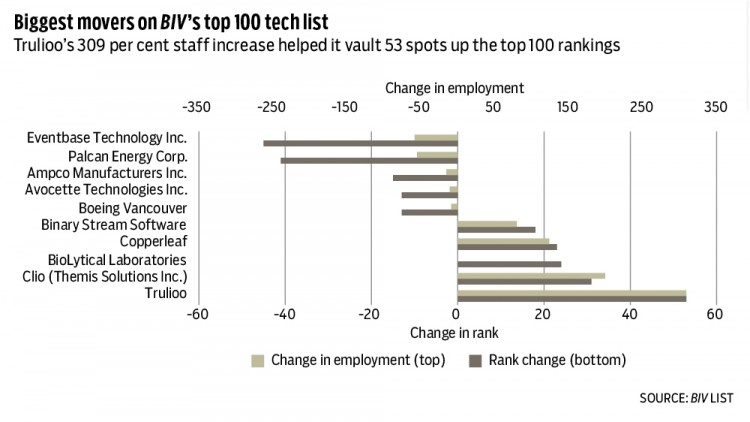