Average rounds played at busiest courses in B.C. grew 14.3 per cent over the past year

British Columbia’s largest golf courses continued to grow significantly during the second year of the pandemic as they more than doubled their business from the previous year, according to data collected on BIV’s list of the province’s busiest public golf courses.

The median number of rounds played has closely tracked with the average, suggesting that, golf courses of all sizes are experiencing similar levels of growth. 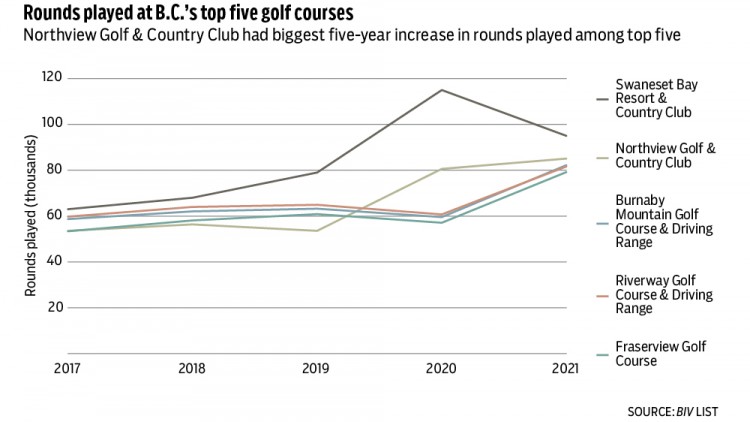 The top five have also all reported significant growth over the past five years.