Logging first drew pioneers to Maillardville in Coquitlam. Now it's housing, but be prepared to pay top dollar for something new

Early Coquitlam pioneers who came to the city to work at Fraser Mills on the banks of the Fraser River lived on the train that carried them for the first few days after arrival.

Now those early French sawmill workers would be paying top dollar for a house, townhome or condo in the same neighbourhood.

From tiny condo units listed for nearly $500,000 to new family homes inching past a $2 million price tag, Maillardville is becoming a sought-after area in southwestern Coquitlam.

It wasn't always this way.

According to oral histories and information collected by the City of Coquitlam, and the Festival du Bois Society, the early French sawmill workers came to the area in 1909 and 1910.

They were looking for a "steady job, daily wages of $2.50 for a 10-hour workday, six days a week. In addition, they were promised access to land for their families to settle, wood for building a house and the freedom to preserve their language," according to an historical recounting of Coquitlam's early days by Festival du Bois on its website.

From early "shacks" to larger family homes, the new residents settled and named the community Maillardville, after Father Edmond Maillard, a young Oblate from France. 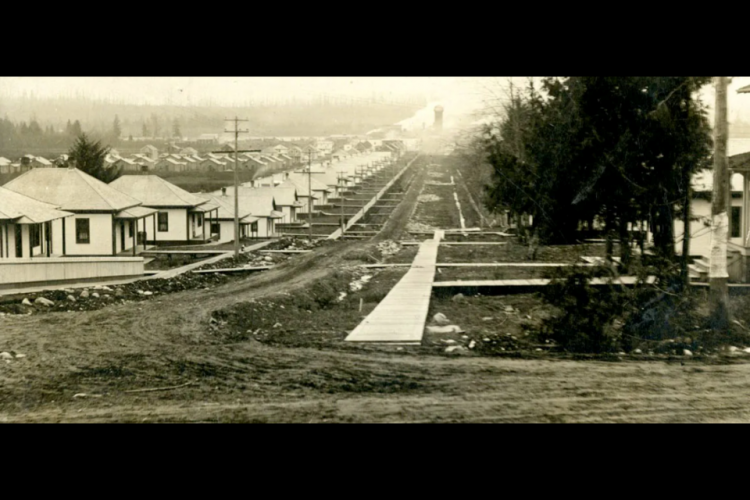 Today, Maillardvile is in transition with new townhomes and condos emerging where larger single-family homes once stood or along busy arterial routes.

Now, a newer home on Harris Avenue in the neighbourhood overlooking the river costs $2.3 million and a 350 sq. ft. studio condo in the new Loma tower under construction is listed for $499,000.

Built by  ML Emporio Property, the Loma is "inspired by Maillardville’s French Canadian heritage and legacy," according to the Loma development website.

It is being built at the crossroads of Lougheed and Maillardville — hence the name Loma.

The building also harkens back to Maillardivlle's earliest days, featuring metal panels with varying colours, "slightly offset and angled to create the impression of logs from the Fraser River floating over its glass facades."

According to PresalesBC, the Loma's 180 units are sold out, having gone on sale in 2020.

However, the 17th floor studio with "unobstructed views" of the mountains is currently listed for $499,000. 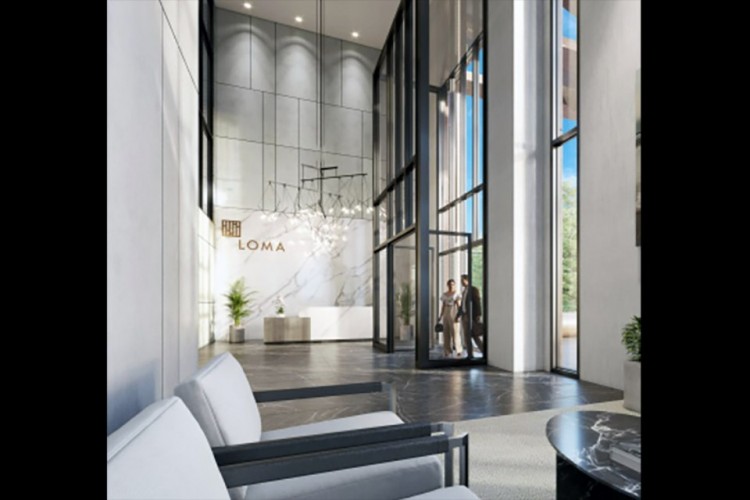 It also comes with one parking space and two storage units, as well as access to 13,000 sq. ft. of amenities including a theatre, gym, yoga studio, sauna and a rooftop lounge.

Meanwhile, not far away a developer is planing a Granville Island style hub on the banks of the Fraser River at the site of the former mill.

Beedie has an application for a master planned waterfront community for a 91.5-acre parcel that, when complete, would be home to around 10,000 residents.