Canada is poised for a tourism boom this summer even as business travel remains slow to resume.

Destination Canada is conducting various marketing campaigns, with about 75 per cent of spending being in the U.S., while other marketing is in Europe and Asia, CEO Marsha Walden told BIV.

That spending is paying off, she said.

"Rural and resort communities are already surpassing 2019 levels [for tourist bookings] because demand both domestically and internationally is really strong," Walden said. "Their average daily rate for accommodation has been holding, and surpassing, 2019 levels."

In contrast, Walden said industry expectations for visitors in Toronto, Montreal and Vancouver are lagging because those cities rely more on business travel.

"Domestic travel is stronger than ever," she said.

"We have some major markets, like China, where their citizens can't really even travel at all, yet. They can travel domestically, but they are discouraged from leaving the country. They have got cities in lockdown."

Ontario has long generated more tourist spending than any other province, but B.C. punches above its weight – particularly in its Vancouver Coast and Mountains region.

Pre-pandemic, that part of B.C. regularly topped all Canadian regions for tourist spending, according to Statistics Canada.

In the summer quarter of 2019, encompassing July, August and September, the Vancouver Coast and Mountains region generated $1.8 billion in visitor spending – substantially more than the Greater Toronto region, which attracted $1.3 billion in tourist spending, the nation's number cruncher reported.

The tourism region comprising Ontario outside Toronto, Niagara Falls, Ottawa and their surrounding areas ranked third in tourism spending among Canada's tourism regions in that time period, at $886 million.

Data for recent visitor entries to Canada show a similar trend to the one present pre-pandemic.

More visitors enter Canada via Ontario airports and land crossings than any other province.

This again shows B.C. punching above its weight in terms of attracting tourists, given that the province has slightly more than 13 per cent of the country's population.

"Whether it is urban centres on the edge of nature, or the raw, open wilderness, we just have what people around the world are looking for."

B.C.'s dining scene is increasingly respected across the country and internationally, which bodes well in attracting future tourists, Walden added.

She pointed to a recent MasterCard Economics Institute report that found travellers increasingly spending on experiences instead of on retail purchases.

"The retail aspect of travel is in decline whereas spending on experiences, they've said, is really strong – 34 per cent above 2019 levels," Walden said.

Owner and editor of the annual foodie guide Canada's 100 Best Restaurants, Jacob Richler, told BIV that he knows many people who arrange vacations around dining experiences.

Ontario government restrictions on in-restaurant dining were more severe than those in B.C. during much of the pandemic, he said. As such, many Ontarians travelled to B.C. to splurge on fine dining.

While Vancouver's dining scene may be more diverse than those in some other cities, a diverse dining scene is not in itself what makes for a great dining scene, he said.

"It depends what you're in the mood for eating," Richler said.

“I don't think [a diverse dining scene] is what put Paris or London on the map – foremost. So, it is a complicated equation."

Toronto and Montreal topped all cities with each having 21 restaurants rank on Richler's 2022 list, which was released May 30.

Vancouver was not far behind, with 18 restaurants on the list, including the list's No. 1 ranked restaurant: Published on Main. 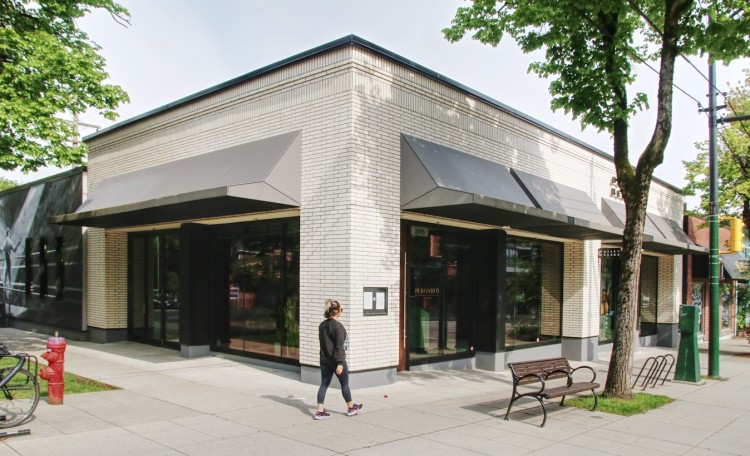 (Image: Published on Main was recently ranked as the top restaurant in Canada | Rob Kruyt)

Richler compiled his list by having 100 judges rank 10 restaurants each, and then having an algorithm use a point system to determine placements, he said.

He then has KPMG audit the list to ensure any restaurant-owning judges do not vote for their own eateries.

"I love going to Vancouver to dine out because there's an awful lot of seafood on the menu, for obvious reasons, and I happen to like eating seafood," he said. "There's a great deal of Asian influence – you see it even in the French cooking. So that's very different from the French cooking in Montreal."