A “perfect storm” has formed to pinch travellers’ pocketbooks this summer, according to Sushant Trivedi: Pent-up demand to get out of town, surging fuel costs for airlines and ground transportation, and acute labour shortages pushing tourism industry wages upward.

“The cost of travel has gone up this year marginally against both last year as well as pre-COVID-19,” said Trivedi, CEO of travel agency Fresh Tracks Canada Ltd., whose Vancouver firm specializes in custom-planned trips for Canadian destinations (about 80 per cent of clients are Americans).

Even before heading into peak travel season this summer, the latest Statistics Canada data reveals the cost of airfare was up 16 per cent this past May compared with 12 months earlier. At the same time, overall inflation has shot up 7.7 per cent.

While there might be some sticker shock for Canadians embarking on trips this summer for the first time since the pandemic, Trivedi believes an even bigger surge in prices is still ahead.

“Think of 2022 as a boot camp,” he said, noting that travel opened up relatively suddenly this year as restrictions loosened, leaving both tourists and operators to learn on the fly.

With kinks in the system – everything from airport havoc to uncertainty over one’s vaccination status – hopefully worked out by next year, Trivedi estimates demand for travel will heighten in 2023 and push up prices further. 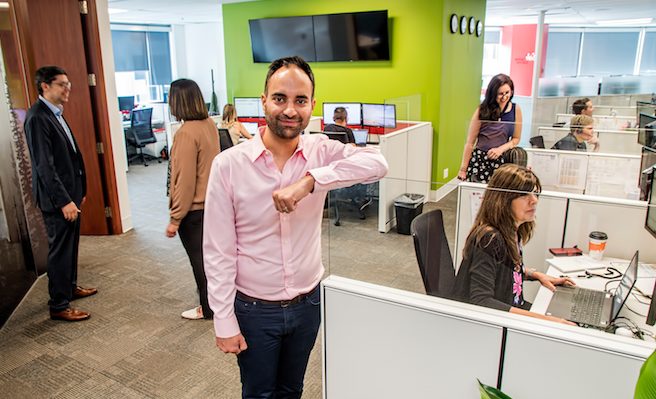 
“Once people get their first trip under the belt, they see that it’s not as difficult as they think,” said Lisa Bain, a senior leisure travel adviser at Forbes Travel International Ltd. in Vancouver.

She began observing a renewed interest among clients to travel internationally last fall. Most of those destinations, Bain said, have been “bucket list” locales like Italy, France and Tahiti – already relatively pricey prior to the pandemic.

“Now they have the extra cash built up or just the desire to see places that they maybe were going to put off until they might have been older,” she said.

But what those clients are discovering is that last-minute deals no longer exist.

“People need to take advantage of early booking bonuses by booking six months in advance and getting those discounts to confirm your space,” Bain said.

“The only way it’s [higher prices] going to subside is if … the airlines start adding more flights onto the routes.”

Air Canada (TSX:AC) revealed late last month that it would cancel 154 flights daily in July and August as it tries to cope with unprecedented demand for air travel. Last-minute flight cancellations and understaffed operations have been the norm for many Canadians travellers.

A day after Air Canada’s announcement, WestJet Airlines Ltd. (TSX:WJA) said in a blog post it had “proactively reduced capacity” the past few months and would be operating 21 per cent fewer flights in July 2022 than it had in July 2019.

“It’s certainly not business as usual in travel, that’s for sure,” said Toronto-based Marshall Self, Google’s managing director of finance and travel, who works with carriers such as Air Canada and booking services such as FlightHub.com (JustFly Inc.).

“There’s less supply and a lot of demand chasing it. Of course, that leads to inflation.”

But Self said the industry is facing a “tale of two cities” when it comes to travel: Many people are searching for cheap flights during a period of high inflation at the same time interest in costly luxury travel is “booming.”

Self does not expect prices to drop imminently but said it’s also possible that capacity will increase by the end of the year.

“Inflation, rising interest rates, does that potentially slow things down in terms of interest in demand in the fall? Potentially.”