Bikeshare station against public art depicts a city arguing with itself

A quintessential Vancouver debate emerged a few days ago, this one with an unexpected twist, a turn so sharp that it likely caused city officials pause, confusion, and panic.

Full disclosure. This column relates to one of my projects.

Commissioned several years ago, Swedish artist Gunilla Klingberg describes her Wheel of Everyday Life, a massive, decorated concrete wall, as a “mandala-like pattern that underlines a sense of togetherness in our shared time and space… linking the mundane with the universal and cosmic forces.”

While used in artistic forms around the world, for several eastern religions, a mandala is an ancient sacred symbol used in meditation, prayer, and healing, and representing peace and stillness.

To enhance the artistic experience, the developers built an oasis with a waterfall, trees, and seating to provide the public a respite from the bustle of urban life.

Within days of its opening, the City of Vancouver swooped in and confirmed it will install a bikeshare station immediately in front of the art wall “before the end of September.”

The city is acting on a plan it decided nine years ago when the site was still in the rezoning process and before bikeshare came to the city. 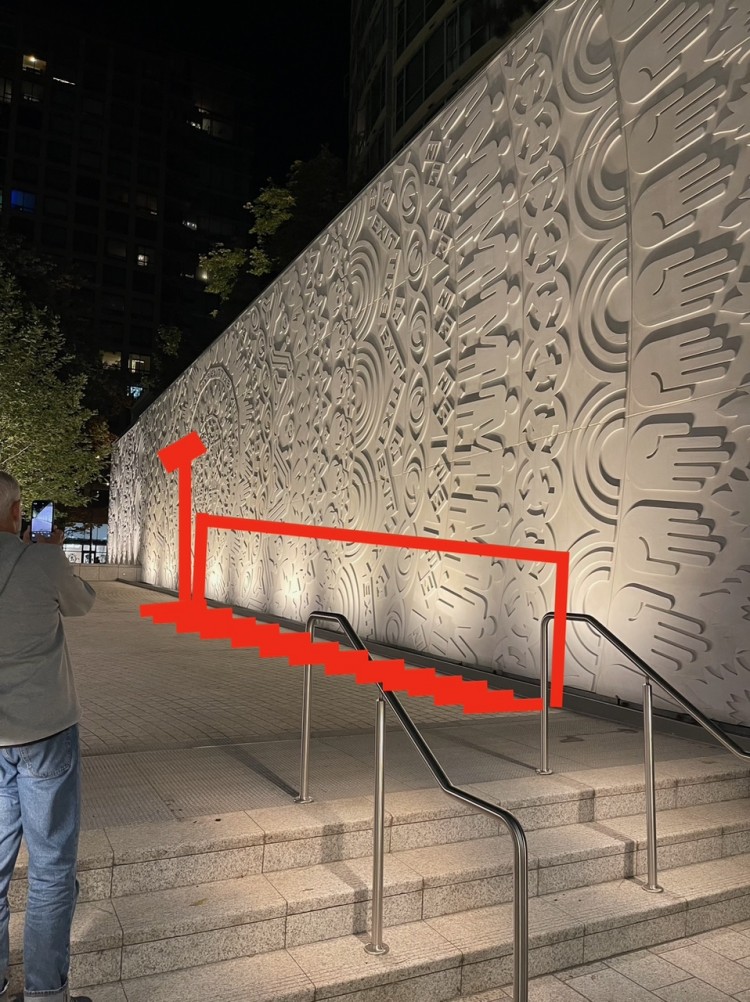 Forget that there is a large bikeshare station already at Burrard Place just a few yards from the art. Forget the three local bike rental stores right there. Forget that public art is a city mandate.

In its wisdom – and one must believe officials never saw the art for themselves to be proceeding with a dated decision – the city believes it appropriate to put a 15-metre (50-foot) bright-blue metal bikeshare station with a tall pole against the ironically named Wheels of Everyday Life.

Reaction to this case of incongruence has been swift.

Collector Bob Rennie: “Public art enriches our physical environments, brings streetscapes and plazas to life, and expands our minds. Public art adds to a true liveable, walkable city, and best of all, it is free for everyone to enjoy.”

Charles Gauthier, retired long-time president/CEO of the Downtown Vancouver Business Improvement Association: “I cycle. I love access to bikeshares. But putting a station there is just so wrong. It would create too much activity in an area intentionally designed to provide relief from daily stressors.”

Jan Ballard, public art consultant: “We must protect the intent and integrity of Gunilla Klingberg’s artistic expression and the developers' creation of meaningful public space.”

And then the unexpected gut-punch. Local Hindu scholar Jeffrey Armstrong called the city’s plan a “desecration of a religious and cultural symbol” followed with: “First the city encourages art, and then it creates a visual and energetic barrier to its enjoyment. A bright-blue, branded metal bike structure placed in a soothing monochromic public space is a mixed metaphor that depicts a city arguing with itself.” 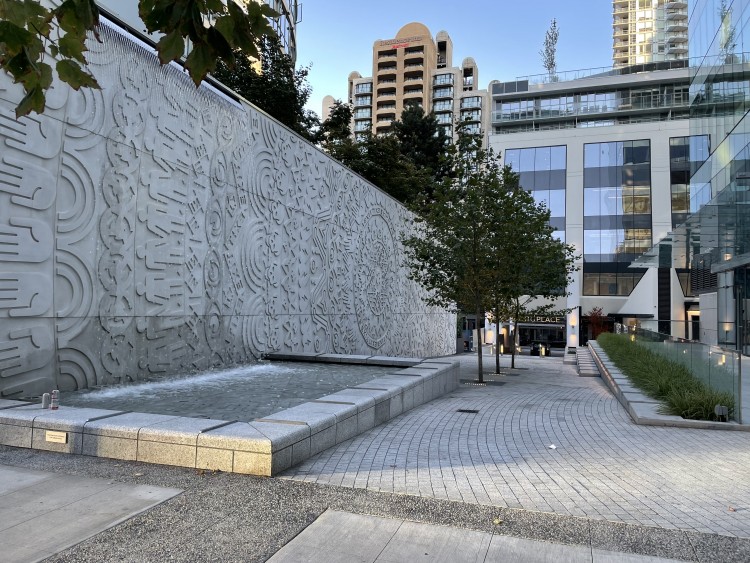 In Vancouver, public art is financed primarily by real estate developers in exchange for rezoning rights. Vancouver’s bikeshare program is a user-pay service owned by a private US company. (Don’t be fooled by how the city promotes the program or the local corporate branding).

The city finances neither public art nor bikeshare (other than an initial investment a few years ago) yet makes all related decisions without any public consultation, and then evidently sticks to those decisions even though they no longer make sense.

And in this case, Vancouver appears confused by its ‘greenest city’ initiative, favouring bikes over other forms of green mobility. As Rennie pointed out, public art encourages walkability. Even the City of Vancouver makes that connection on its website, which offers downloadable maps for self-guided walking tours of “sculptures, reliefs, fountains, and other artworks that enhance our downtown public spaces.”

But bikes obsess this city.

In May, a bikeshare station appeared in front of my condo building literally overnight, installed without notice under the cover of darkness. It felt like thievery. And that may become the fate of Wheels of Everyday Life. The city will sacrifice the art, three local bike businesses, and a public oasis before anyone enjoyed it.

There are endless places for bikeshare stations but only one location for this public art installation.