This article is part of BIV's in-depth look at the labour forces shaping work and business in B.C.

Diners at Richmond’s Happy Lamb Hot Pot restaurant lift their meals from a robot and place them on their table. The robot waits approximately 10 seconds and its sensor determines that it is time to return to the kitchen.

The labour-saving machine has reduced but not eliminated the restaurant’s need for human servers.

Servers spend more time ensuring that diners are enjoying meals and less time on repetitive tasks such as delivering the meals.

GreenCo sells robots for between $20,000 and $30,000. It also offers lease-to-own options for $1,000 per month over three years or $700 per month over five years. Restaurant owners could also rent them for between $1,700 and $1,900 per month. That is much less than it would cost to hire a full-time server, and it would be for a machine that can reliably work whenever the restaurant is open.

Indeed, employers have used new technologies to improve efficiency and reduce the need for human labour for centuries.

Steam power ushered in the first of the revolutions, while mass production and electric power were drivers of the second. The third involved automation and electronics. 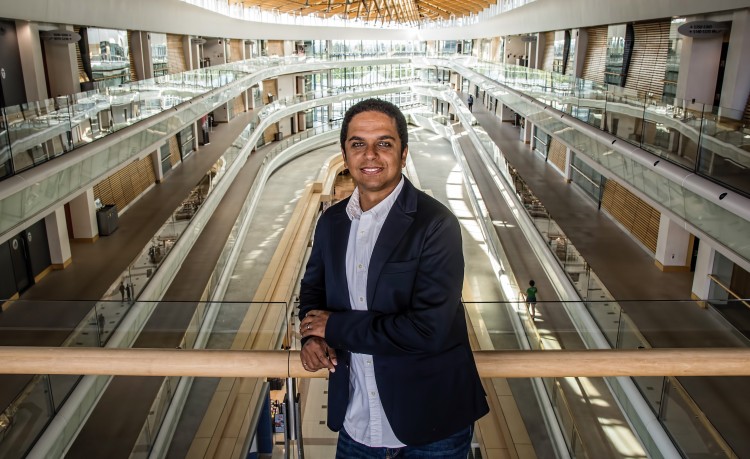 The current industrial revolution provides advances in what Marzouk calls “cyber physical systems.” It includes the internet of things, and having a digital replica of reality – something sometimes referred to as the metaverse.

Marzouk said the COVID-19 pandemic has increased demand for robots because the machines do not get sick and their use can limit human interactions, which spread disease. Robots can also disinfect public spaces and conduct safety checks.

During the pandemic, Fraser Health expanded its fleet of what it calls Ultraviolet Germicidal Irradiation robots to 16 from two.

The robots emit short pulses of ultraviolet light, which damage the DNA and RNA of harmful pathogens. They clean better and more efficiently than their human counterparts.

Some visionaries believe humans will eventually work only in jobs they enjoy.

Later this month, Tesla Inc. (Nasdaq:TSLA) plans to release what it calls its first “humanoid robots,” which have arms, legs and a head to resemble people.

“What we’re aiming for is for the humanoid robots to do jobs that people don’t voluntarily want to do,” Tesla CEO Elon Musk told Massachusetts Institute of Technology research scientist Lex Fridman in a podcast in December.

“If it’s dangerous, boring or has potential for repetitive stress injuries – that kind of thing – then that’s really where humanoid robots would add the most value,” Musk said.

Tesla's Optimus-branded robots are called "humanoid" because, unlike GreenCo's robots, they have arms, legs and a head in order to resemble people.

While robots are intended to reduce the need for human labour in a wide range of sectors, one industry expected to see their rapid adoption is agriculture because it involves many monotonous and repetitive tasks.

Farmers have been hard hit with labour shortages and largely depend on foreign labourers from developing countries because Canadians do not want to do the work.

Lenore Newman, director of the University of the Fraser Valley’s Food and Agricultural Institute, told BIV that farmers around the world are increasingly using robots to pick fruit, particularly in greenhouses and indoor growing environments in Japan and the Netherlands.

Robots are not as efficient at picking fruit outdoors, she said, because they do not operate as well in dirt, dust, heat and rain.

As robots evolve and scientists use artificial intelligence (AI) to make them more sophisticated, their ability to work outdoors is likely to improve.

AI is also used to create self-driving vehicles, which could put taxi and ride-hailing drivers out of work.

Musk said in the podcast that governments should legislate “some kind of universal basic income” in the future to provide a safety net for displaced workers.

Being able to code and use various programming languages to tell machines what to do will be vital future skills, Marzouk said.

But AI is now being used in more than blue-collar job applications.

Professional workers use it to perform mundane tasks. Lawyers, for example, use AI to do work previously done by junior lawyers or not at all, thereby reducing fees for clients.

The head of Osler, Hoskin & Harcourt LLP’s Osler Works – Transactional subsidiary, Natalie Munroe, explained to BIV how AI can be used before a merger or acquisition is completed.

Executives at an acquiring firm, she said, would want to ensure that the target company’s supplier contracts do not contain clauses that say that the contracts need to be renegotiated in the event of a corporate sale.

AI would use algorithms to zip through contracts and provide a prompt answer as to whether that is the case, she added.

Indeed algorithms will play a much larger role in making decisions in all facets of business, Marzouk said.

He envisions factory owners having digital replicas of their factories. They could then alter one element in the factory in the digital realm and run an algorithm to determine whether efficiency has improved, or whether they are able to be as efficient with fewer workers.

“AI can play a role in optimization,” Marzouk said.

"That saves money and time.”