By Glen Korstrom | November 2, 2022, 6:00am
An increasing number of B.C.-based companies are turning their attention to metaverse and Web3 technologies | Suriyapong Thongsawang/Getty Images

This article was originally published in BIV Magazine's BC Tech issue.

Investment firm Republic Realm made headlines last fall when it spent US$4.3 million to buy a digital property located in the Sandbox metaverse.

That surpassed the US$2.4 million that Tokens.com spent months earlier to buy 6,090 square feet of real estate on the Fashion Street of metaverse platform Decentraland – a move intended to help it host digital fashion events and sell virtual clothing for users’ avatars.

Fortunately, companies have other ways to dip their toes in metaverses.

Visitors played games and bellied up to a virtual bar to learn cocktail recipes.

Decentraland is one of many virtual worlds, or metaverses. Social media platform Facebook last year opened its metaverse platform Horizon Worlds to everyone 18 years and older in the U.S. and Canada. It then rebranded as Meta – short for metaverse – to show its faith in a future where immersive, three-dimensional virtual worlds thrive.

Metaverses started in the early 2000s, when online multimedia platform Second Life allowed people to create avatars for themselves, interact with others and buy clothes and other virtual goods. It has since morphed to include a dizzying range of platforms.

Plenty of tech-savvy consumers and investors envisage metaverses and what some call Web3 – the third iteration of the Internet – to be a big part of humanity’s future.

Hardware sales demonstrate that the space is nascent.

Using a headset, however, is not necessary to enter a metaverse, says gaming giant Electronic Arts Inc.’s (EA) vice-president of strategy, Dan Box. 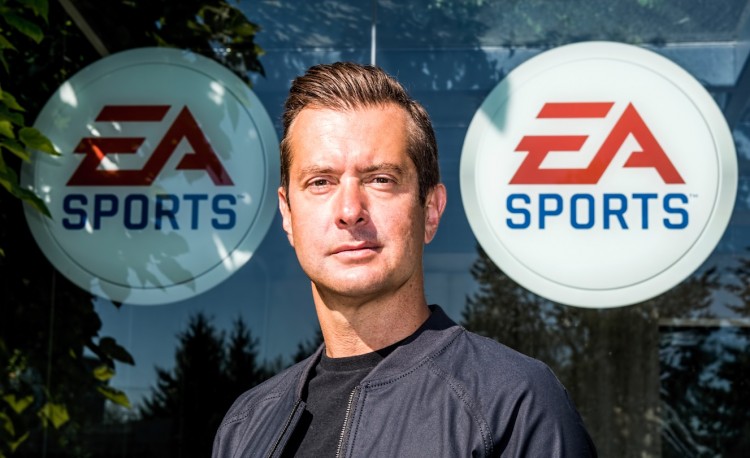 (EA vice-president of strategy Dan Box says the metaverse will be accessible even without a headset | Image: Chung Chow)

“The metaverse is an immersive, interactive three-dimensional environment where you and I can be hanging out in a room together should we choose to – virtually, where we’re not exactly in the same room but it looks and feels and we act like we are,” he explains.

That engagement could happen on computers or TV screens if not via a headset.

EA, which has a large campus in Burnaby, is not primarily focused on the metaverse, but it has products that are played on virtual headsets or VR platforms, Box says.

Investing in the metaverse

Excitement about metaverses and Web3 has started to inspire investors.

Vancouver’s Dapper Labs has raised a total of US$750 million through its Ecosystem Fund.

The company is best known for its online marketplace NBA Top Shot, which enables people to buy and sell digital collectibles, such as video highlights of NBA games, in the form of non-fungible tokens (NFTs).

Sequoia Capital, FTX Ventures and Andreessen Horowitz led a US$135 million financing round in March for Vancouver’s LayerZero Labs. Coinbase Ventures, PayPal Ventures, Tiger Global and Uniswap Labs were among other investors.

“We have a technology layer,” explains LayerZero CEO Bryan Pellegrino. “We connect blockchains and allow different blockchains to communicate with each other.”

This solves frustration among blockchain users as they often find the process of shifting assets between blockchains to be cumbersome and time consuming, Pellegrino says.

His platform enables messages to be sent back and forth. Future revenue for LayerZero would come from charging tiny fees to send those messages or to transfer assets.

Data transfers could be from a gamer who on one blockchain has conquered a king in a video game, and who wants to update information from that acquisition into an avatar on another blockchain, Pellegrino says. 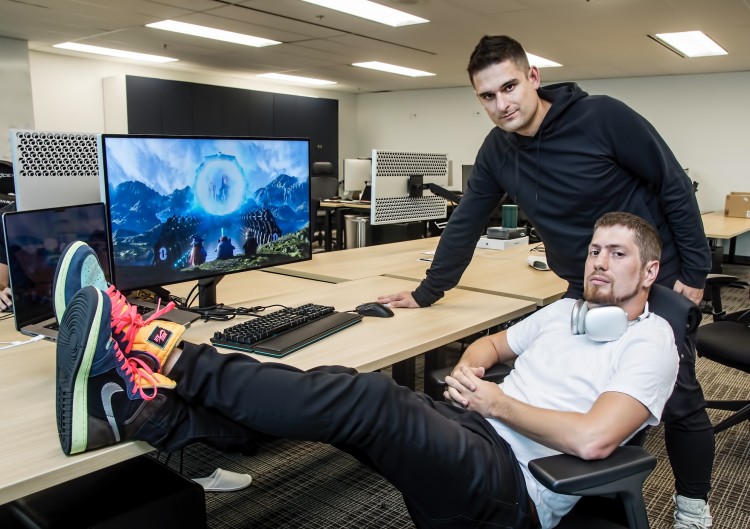 Large established companies, such as Goldman Sachs and JPMorgan Chase & Co., also have their own blockchains, across which users may need to communicate.

“Maybe you have a trade that settles on the Goldman chain, and they need to tell the JPMorgan chain about it,” Pellegrino says. “There needs to be communication between those, and that’s what we do. We’re a layer of communication.”

AMPD Ventures Inc. raised about $3.2 million when it went public on the Canadian Stock Exchange in 2019.

Since then it has raised another $13 million in four private placements that included mostly Canadian investors, such as Canaccord Genuity and Varshney Capital Corp.

One AMPD subsidiary makes the underlying infrastructure that is needed before users can create and distribute metaverse content. Its second subsidiary brings the physical world into the metaverse through holograms made by 106 cameras in a green-screen room. Future technology users will be able to view real-world boxing matches fought in the green-screen room through the eyes of the fighters, CEO Anthony Brown tells BIV Magazine.

Brown says he believes Vancouver is poised to become a hub city for metaverse-related companies such as his own, because of the city’s wealth of talent in the video game and film sectors.

Pellegrino, who has visited more than 80 countries and lived in more than a dozen cities around the world, similarly says he believes in Vancouver’s potential.

When he first visited Vancouver about a decade ago, he thought the U.S. was siphoning off too much of the city’s technology talent, and that there was not sufficient access to local capital.

“Now you have your Amazons and your other large companies here,” Pellegrino says.

“A kid who is fresh out of college can get a good job here, work for a year or two, realize that working for big companies sucks – then go and start his own company and still be here in Vancouver, not in the Bay Area.”

Industry advocates are courting international capital to support and grow the opportunities available in Vancouver.

Dan Burgar co-founded Frontier Collective, a coalition of technology, culture and community leaders, which presented its Frontier Summit on August 9 and 10 to coincide with the Special Interest Group on Graphics and Interactive Technologies (SIGGRAPH) conference in Vancouver.

“We probably had about 200 people for the dinners that we held, and the core was 80 people – 40 local and 40 global,” Burgar says of his summit. 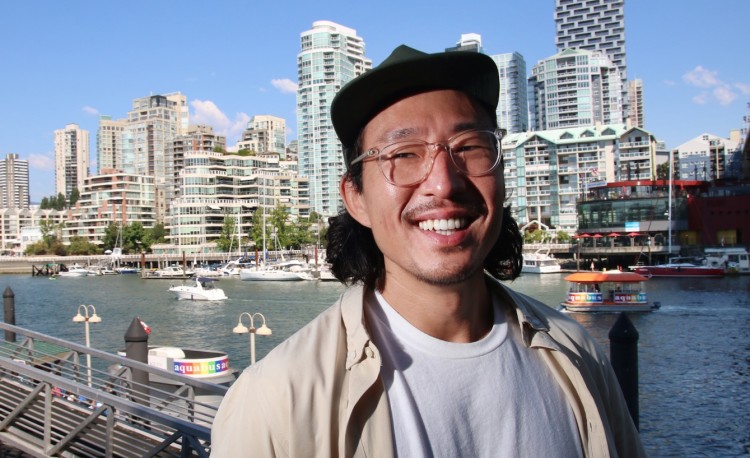 The global participants in the summit included what Burgar called “top investors” and influencers who are helping shape what the metaverse looks like, and how Web3 evolves.

His dream is to create a physical office hub in Vancouver that contains up to 150,000 square feet of space and functions like a magnet for the local metaverse and Web3 ecosystem.

“Most of the vibrant innovation ecosystems in the world have some sort of centre of gravity for innovation,” Burgar says. “So you see Newlab in New York City, and STATION F in Paris. Vancouver essentially needs a place where the ecosystem can be.”

Burgar has not specifically asked the B.C. government to implement tax credit incentives to draw companies in this niche, but he says he wants governments to “sit at the table and look at how they can participate.”

The BC Tech Association is also launching what it calls a metaverse C-council this fall. C-councils help executives share insights, best practices and common challenges.

Version One’s founding partner Boris Wertz has recently focused on cryptocurrencies and Web3 technologies among other investing niches. He made his fortune in e-commerce by co-founding JustBooks in 1999 in Germany and selling it to Victoria-based AbeBooks, where he remained an executive until Amazon.com Inc. in 2008 bought the company for what analysts estimated to be more than US$100 million.

Wertz was an early founder of Dapper Labs, which last year was valued at US$7.6 billion.

Neumann, a Vancouverite and Simon Fraser University graduate, attended graduate school in California and made his fortune as a serial investor – founding and selling various Silicon Valley firms, many for undisclosed amounts.

“At this point we’ve made four investments in the Web3 space,” he says of Panache.

They include Big Whale Labs, BeatDapp, MetaCommerce and one that Neumann was not yet able to reveal.

He is giddy about Vancouver’s potential to create a world-leading cluster of metaverse and Web3 companies.

“Vancouver as an ecosystem is globally unique,” Neumann says. “The potential for Web3, in particular, is really special. Vancouver is the only city in the world that has a world-leading film and entertainment industry, a leading video game industry and incredibly strong engineering talent coming out of the universities and companies here.”

Duncan Stewart, Toronto-based director of research for technology and media with Deloitte, has a more sobering view.

He agrees that Vancouver has a capable talent pool that has emerged from film and gaming, but warned that it is far too early to tell where future metaverse technology clusters will sprout.

“When you ask who’s the leader in Canada in the metaverse, the answer is nobody yet – it’s much too early,” he says.

“There are hardware issues, software issues, communications and connectivity issues, pricing, consumer acceptance – the list of reasons why the metaverse is a way off is pretty long.”

Stewart said he doubts there will be a decent-sized consumer market for the metaverse for about a decade, and perhaps three to five years for enterprise customers.

“It would be really hard to say which city in Canada will be in the lead,” he says.

“Ottawa could be really strong because of communications. Montreal has communications. Meanwhile, in terms of enterprise software, well, that’s probably Toronto, right? There is also a need for the computer science back-end stuff that Kitchener-Waterloo is so good for.

This article was originally published in BIV Magazine's BC Tech issue under the headline 'Across the metaverse.' Check out BIV’s full digital magazine archive here.