The report, which described wildlife and human habitat blurring during the flood, found 59 substances exceeded pan-Canadian environmental quality guidelines, and in some cases, concentrations grew as flood waters receded

On Nov. 15, 2021, Karter Thandi parked his car next to a bank on Old Yale Road, walked down the hill toward the highway, and stepped into the deepest floodwater that had hit Sumas Prairie, B.C., in nearly 50 years.

Record rains and a burst dike had forced over 1,000 residents to evacuate over the previous 24 hours. Not everyone had escaped. On the other side of a newly developed channel, rapids had sprung up between an overpass and Thandi’s house.

"I had to get across. I couldn't leave my family alone there," he said as the last rescue boat of the day brought the mother and son to shore.

As the boat approached a road-turned-landing, the water settled. Thick slicks of fuel oil cast a rainbow of colours across the surface. A putrid smell of liquefied manure filled the air.

A year later, the true level of contamination Thandi and thousands of other residents waded and swam through during the floods is finally taking shape. An analysis of water quality across Sumas Prairie released Thursday revealed a toxic soup of fossil fuels, cocaine, pharmaceuticals and heavy metals.

The sampling, carried out by scientists from Raincoast Conservation Foundation in partnership with several First Nations, analyzed water quality at 11 sites over several dates in the three months after the floods.

The group sampled for 379 substances, 86 of which have environmental quality guidelines. Of those, 59 were found to have exceeded established pan-Canadian guidelines designed to protect fish and aquatic habitat.

“When you actually look in fish habitat, you find out there’s an awful lot of contaminates going through the cracks,” said Peter Ross, who as the senior scientist and director of water pollution at Raincoast Conservation Foundation led the study. 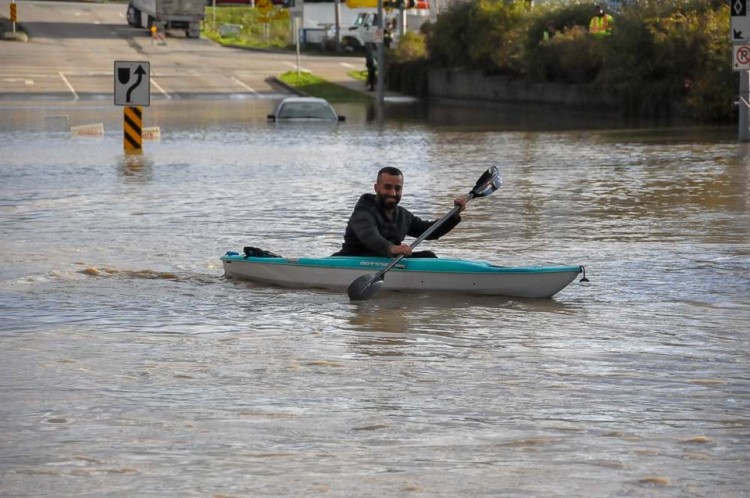 A man crosses a flooded section of road near the Trans-Canada Highway in Sumas Prairie, B.C., Nov. 15, 2021. - Stefan Labbé/Glacier Media

Heavy contamination 'did not change much over time'

In an email, a spokesperson for the Ministry of Environment and Climate Change Strategy said it's taking the time to carefully review the study.

After the flooding in November 2021, the ministry established a multi-agency provincial task force. They conducted environmental sampling of the surface water at 11 locations on the Sumas Prairie and Fraser River over five weeks.

A one-time sampling program was carried out for flood-impacted surface water, said the spokesperson, adding they tested for several contaminants, including fecal coliform bacteria, nutrients, heavy metals, pesticides and hydrocarbons.

“Our results found limited to negligible risks to public and environmental health as a result of the atmospheric river event,” said the spokesperson.

Soil samples taken by Ministry of Agriculture and Food from farms affected by flooding also showed “no widespread contamination issues to date,” she added.

But the Raincoast report paints a picture of floodwaters seeping into basements and septic fields, across roads and through croplands. As manure and the carcasses of hundreds of thousands of drowned farm animals mingled with the floodwaters, the line between human and fish habitats blurred.

At one composting facility overrun by floodwaters, provincial inspectors found dead mink carcasses (a breach of provincial regulations). Fecal coliform and E. coli concentrations had ballooned more than 1,000 times over the provincial limit, according to an administrative penalty referral report released earlier this year.

On average across Sumas Prairie, fecal coliform levels were found to be 641 times higher compared to a stream used as a reference site outside of the flood zone, found the Raincoast report.

The report says pharmaceuticals concentrations — the most common being diabetes medication, painkillers, asthma medication and cocaine — were on average 60 times higher in the flood zone.

Ross and his colleagues collected their first water samples on Dec. 15, 2021, a month after the floods hit. But in some cases, the concentrations of water contaminants were still climbing.

At the time, another environmental group, together with local First Nations, were scrambling to rescue dozens of coho salmon stranded in farmers' fields after the waters receded. Many of them were females that hold thousands of eggs vital to keep the endangered runs alive.

“We don’t know exactly where the fish came from. But when the floods happened, the salmon came into these fields from breaches in the dikes,” Jason Hwang, vice-president of the Pacific Salmon Foundation, said at the time.

Out in the fields, it was clear the fish were facing plummeting temperatures.

“They won’t survive out there forever,” Hwang said. “The fish are on a clock.”

Unbeknownst to the fish rescuers, they also faced an invisible mix of chemicals.

When asked whether the floods made contamination worse, Ross said it was nearly impossible to say because there was no baseline data before the disaster. What is clear, over the period they sampled water quality, things didn’t get much better.

“We tracked the water quality over a two-month period and the concentrations did not change that much over time,” said Ross. 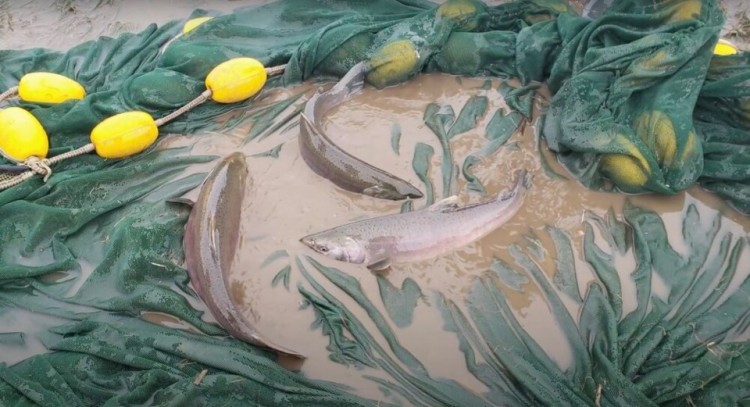 No guidelines for over three-quarters of contaminants

Despite the vast array of contaminants, the report states making a complete risk-based evaluation of fish habitat quality impossible.

That's because for 77 per cent of the substances sampled — many suspected to be harmful to fish and other aquatic species — there are no federal Environmental Quality Guidelines.

“We were not looking, we were not watching,” said Ross. “These are all things to alter the health of either humans or livestock, or kill insects. So when we’re seeing these things floating alongside coho salmon and sturgeon, it does raise some questions around what this complex toxic soup is doing.” 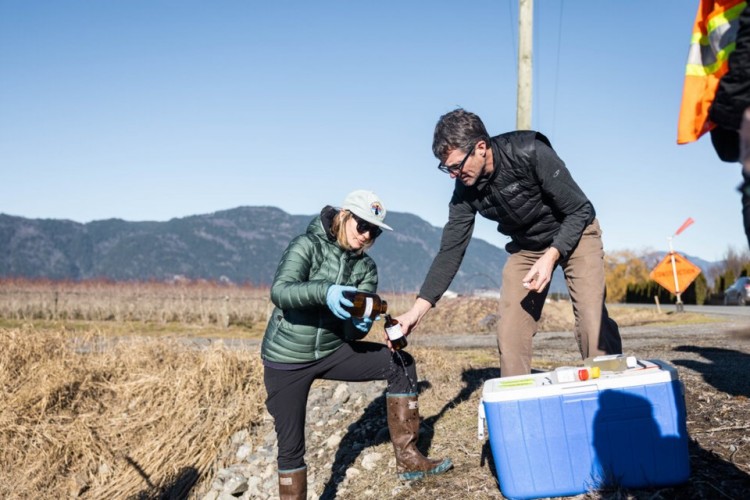 Ross says part of the problem is a lack of buffer zones between rivers and streams and the farms and roads that border their banks. When heavy rain or flooding comes, soil, manure and pesticides slough off into the water. Together with synthetic fertilizers, that's likely the root of high levels of nitrogen and phosphorous they found, he said. In the case of roads, contaminants from brake linings, salt and tire chemicals also add to the deadly soup entering salmon habitat, say scientists.

That’s a problem for fish but also for farmers who are losing the medium they need to grow, says Ross.

“We can’t really negate food security from the equation, the importance of Sumas Prairie as it feeds British Columbians,” said Ross. “But at the same time, they are impacting on fish habitat.”

Ross added that the floods are a reminder that as climate change leads to more extreme weather events (a warming planet was found to make the floods at least twice as likely), “we’ve pushed things a little too far.”

Ross said it’s a wake-up call for authorities at all levels to more closely and more regularly monitor water quality in a country that has roughly 28,000 chemicals on the market and “very few people studying their impact.”

“If we’re not watching, we’re not going to be able to know what is happening with our environment, our fish habitats, our wildlife around us,” he said.