The number of students at B.C.’s largest post- secondary  schools has remained relatively stable, despite a decline in international student enrolment, according to data collected for Business in Vancouver’s list of the biggest post-secondary institutions in the province (page 10).

Average full-time-equivalent student attendance at the province’s top post-secondary institutions peaked in 2020 at 11,557. It subsequently fell 2.6 per cent in 2021 and remained essentially unchanged in 2022.

The average number of students in B.C. peaked in 2020 despite a massive 53.6 per cent decline in new study permits for inter- national students.

The decline in new-study permits in 2020 was less for British Columbia than the 57 per cent decline experienced by the rest of the country. 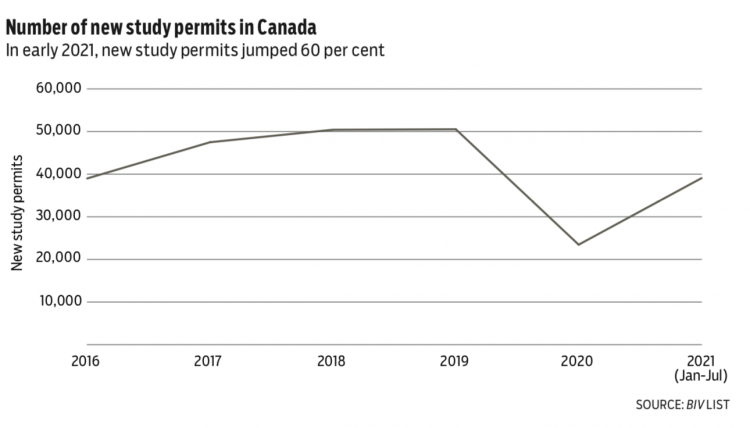 In 2021’s first half, new study permits in B.C. jumped to around 39,000. That was 66.5 per cent more than in all of 2020. Almost two-thirds of those new study permits were for college and university programs. The rest were for K-12 and language programs.