Experts divided over whether working in the office increases labour productivity

By Tyler Orton | November 17, 2022
More than half of Canada's senior managers want employees back in the office full time, according to a survey conducted by human resources firm Robert Half International| Rob Kruyt, BIV

A concierge tasked with picking up a pet or gassing up a car would be a tony addition to any one of the luxury condo towers dotting Vancouver’s Yaletown or Coal Harbour neighbourhoods.

For workers at cosmetics company L’Oréal USA’s regional headquarters in California, it’s a standard feature (US$5/hour) for those dropping in to work at the office at least three days a week.

“This is all to bring employees back into the office, which I think just shows how difficult it can be,” said Shauna Moran, founder and managing director of Operate Remote Coaching Ltd.

Moran said many workers have been skeptical about a broader return to the office, citing concerns such as the additional time and money spent commuting only to do Zoom calls or send emails throughout the day. 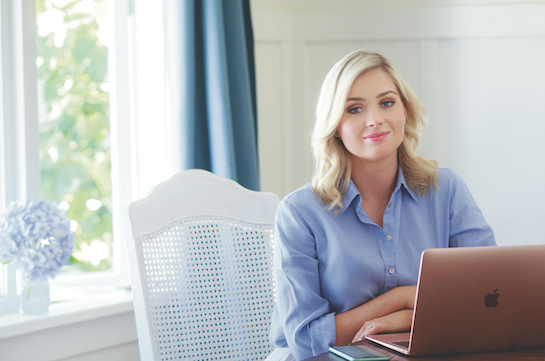 
But more than half (55 per cent) of senior managers in Canada say they want employees back in the office full time, according to a March survey of 800 respondents from human resources consulting firm Robert Half International Inc.

Amid forecasts of the economy slowing in 2023 as central banks hike rates to tackle inflation, plans to entice or mandate workers back to the office in the hopes of boosting output may soon ramp up. The impact of this strategy remains up for debate.

Labour productivity – measured as gross domestic product (GDP) per hour worked – in Canada made gains (up 0.2 per cent) during 2022’s second quarter following declines in the seven quarters that followed the outset of the pandemic, according to the most recent data from Statistics Canada.

Whether that first gain in two years was a one-off or a sign of trend won’t be clear until third-quarter data is released Dec. 1.

Statistics Canada attributes the productivity gain to the lifting of public health measures this past spring.

“Businesses were able to carry out their economic activities without any pandemic-related restrictions, such as public capacity limits and mask requirements,” the September report stated.

Productivity now sits 1.3 per cent below that of 2019’s fourth quarter, the last full quarter before the start of the pandemic.

“Population growth has been a big support for GDP growth, especially over the past decade, to some extent masking the weakness in productivity,” said Benjamin Reitzes, an economist at BMO Capital Markets.

“However, if one looks at GDP growth on a per-capita basis, Canada has performed very poorly, reflecting sagging productivity.”

It’s a mix that is further eroding the country’s competitiveness, he said.

“What these numbers truly reflect is Canada’s consistently poor performance in incentivizing business investment and broader innovation,” he said. “This has been a Canadian issue for decades, so it’s tough to point to any specific policy or factor.”

A July working paper co-authored by economics professors at Stanford University and published by the National Bureau of Economic Research examined the habits of 1,612 engineers, marketing and finance employees at a “large technology firm.”

The paper found that working from home reduced attrition rates by 35 per cent, while lines of code written by engineers increased by eight per cent and remote employees’ self-assessed productivity went up 1.8 per cent, “suggesting a small positive impact.”

Meanwhile, an examination of more than 60,000 Microsoft Corp. (Nasdaq:MSFT) workers in the months leading up to and immediately following the pandemic found that remote working was making colleagues more siloed when communicating by electronic means rather than face to face.

“We expect that the effects we observe on workers’ collaboration and communication patterns will impact productivity and, in the long-term, innovation,” the study published in the Nature Human Behavior scientific journal concluded.

Moran, author of the upcoming book Managing Employee Burnout: How to Develop a Happy, Healthy and Engaged Workforce, said employers must also consider the push and pull between in-person collaboration and the distractions that come with being surrounded by colleagues in the office once again.

“Our productivity is very different when we’re in the office. Because we’re collaborating in person there’s much more room for informal communication,” she said.

“So our output isn’t as high and organizations really need to get clear on what’s expected of people when they are in the office.”

Moran said managers must solicit feedback from employers about what they would like, be clear about why they’re bringing them back into the office and better understand what their workloads should entail in the office compared with at home.

“It comes down to really how organizations are managing underperformance and managing disengagement,” she said.

“Coming back into the office isn’t necessarily going to solve underperformance.”