How B.C. indie film producers are competing with Hollywood studios

A sense of dread hovered over B.C. film producer Dylan Collingwood for the 25 days his latest feature was shooting in Vancouver in early 2021.

COVID-19 was still casting a pall over productions worldwide and at that point the only people who had been vaccinated were health-care workers and those most at risk.

“That was definitely a scary couple of weeks when your lead actor is in every single scene of your movie,” said Collingwood, president of Tilt9 Entertainment Inc.

If his indie production was forced to shut down as a result of a positive COVID-19 test, Collingwood said “there's no studio that's going to be like, ‘OK, come back in December and we'll finish it.’”

Most movies and TV shows shot in B.C. are backed by moneyed American studios. But the Canadian-financed and produced Corner Office, starring Jon Hamm of Mad Men and Top Gun: Maverick fame, did not have those deep Hollywood pockets to fall back on.

“Being how we were funded and being independent if, say, Jon became sick, our movie’s done,” Collingwood said.

That nightmare scenario did not unfold. Instead, the absurdist black comedy that follows Hamm as an office drone who stumbles across a secret room at work is making its domestic debut this weekend at the Whistler Film Festival.

But that sense of uncertainty that haunted Collingwood speaks to the challenges facing domestic productions when competing against Hollywood producers for everything from film crews to capital in a B.C. industry dominated by foreign service productions.

“We had some really awesome and kind of courageous investors that had the guts to put some money into a story like this, which is not a straight-ahead commercial film,” said Tilt9 co-founder and chief creative officer Matt Clarke.

After coming across a script by American screenwriter Ted Kupper, the Tilt9 producers made the pitch for funding to local investors they had worked with on other productions.

The script made its way to Hamm’s management company amid the film industry’s upending caused by the early-goings of COVID-19, and the co-star of Bad Times at the El Royale (also shot in Vancouver) soon came on board. 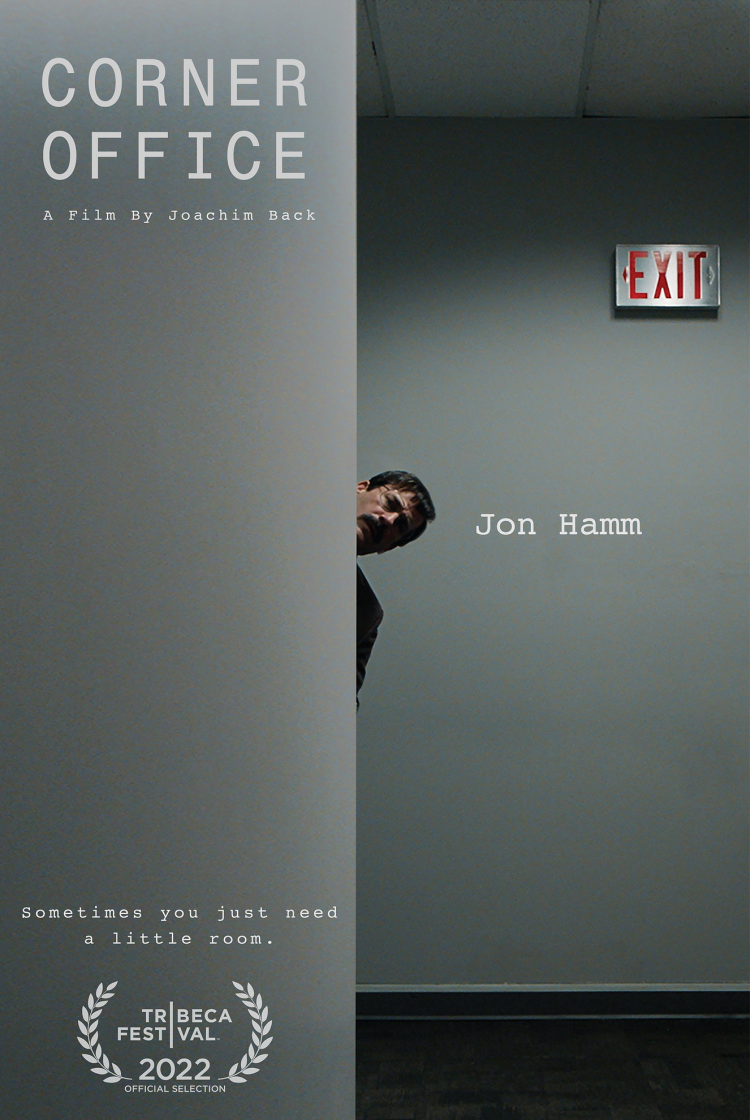 The film has been sold – although all the i’s must be dotted and the t’s crossed before the producers can reveal who snapped it up – and it’s expected to be released sometime in the second quarter of 2023.

“A project like this doesn't come to Vancouver often,” Collingwood said, referring to how the Corner Officeproducers tapped an American director and an American screenwriter to make a Canadian film starring a high-profile American actor. “And when it does, it's not funded and put together by people in Vancouver. Generally, it would be a service-type production that would be an American company coming up.”

B.C. accounted for eight per cent of all Canadian theatrical film productions made in the country during the 2021 fiscal year, according to an April report from the Canadian Media Producers Association (CMPA).

Ontario, which boasts the country’s largest economy, accounted for 58 per cent of domestic films and Quebec accounted for 33 per cent.

Indie film producers in B.C. must compete with Hollywood productions that can afford to lock up both experienced crews and limited studio space.

Domestic productions were stymied at the outset of the pandemic after being shuttered for a number of months as the industry developed safety plans to address COVID-19.

Even as cameras began rolling again in the summer of 2020, the CMPA urged Ottawa to create a government-backed insurance program.

“The domestic industry essentially remained shuttered,” the CMPA said in its April report. “Whereas most foreign location productions shooting in Canada had the backing of their (mainly U.S.) studios to essentially self-insure, this was not a financially viable option for Canadian productions, which are generally smaller in scale and do not have access to the same quantum of capital. Given the significant risks, Canadian production companies were not in a position to start productions without insurance coverage in place.”

And that same month the feds rolled out a $50 million short-term compensation fund for Canadian productions covering 187 productions through to March 2021. The fund was expanded to $150 million the following fiscal year and was renewed once more for the current fiscal year.

Clarke emphasized there’s no shortage of independent producers with a passion for cinema trying to get domestic productions off the ground.

“There's a lot of really hardworking and talented producers and independent people in Vancouver. There's also a nice, supportive sort of web within the industry,” he said. “There needs to probably be some more incentives from a funding perspective. There's not a lot of equity financing in Canada. You need to find these people that are what I called ‘courageous’ before … willing to take a risk and really willing to take a bet.”