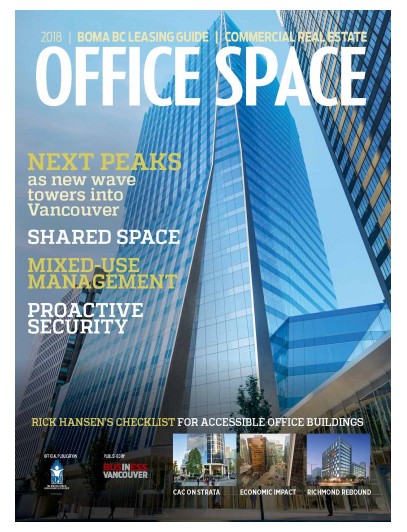 Economic impact of the office sector

Metro Vancouver now has one of the hottest office sectors in North America by nearly any measure, from the tight downtown vacancy rate to new construction to what investors are willing to pay to get a square foot in the door.

Yet it is the new flexibility of office space that perhaps best defines how local office developers and tenants are riding a fresh wave of prosperity in a sector that is worth $850 million to British Columbia’s gross domestic product.

One need only visit top floors at the Bentall 2 tower in Vancouver, where startling startup WeWork has carved out shared glass-walled office space for a number of high-tech and other tenants. Started just eight years ago, WeWork now manages 10 million square feet of office space, including more than 250,000 square feet in Metro Vancouver.

Historic office buildings in downtown Vancouver, the venerable Tom Lee music store on Granville Street and century-old manufacturing sites in Railtown and Gastown are all being reborn as co-operative office work spaces under the Regus, Spaces and WeWork banners.

Another shape-shifting signal is the growth in the office strata sector that suddenly has traditional office developers rewriting pro formas.

One downtown office tower, still not built, has already sold out 150,000 square feet of its space at more than $2,000 per square foot, an all-time record. It is not uncommon for new office shell space to sell for more than $1,200 per square foot in both Vancouver and Burnaby. Richmond’s robust rebound in office development will be led by strata projects. This is a clear sign that the definition of an office investor in Metro Vancouver has shifted forever. It also gives credence to a recent forecast that lease rates for new downtown office space could reach an unprecedented $75 per square foot this year.

If, as the late Stephen Hawking said, intelligence is the ability to adapt to change, Metro Vancouver may have the smartest office sector in the country.

Welcome to the 2018 issue of Office Space as we strive to keep up with a rapidly shifting industry.