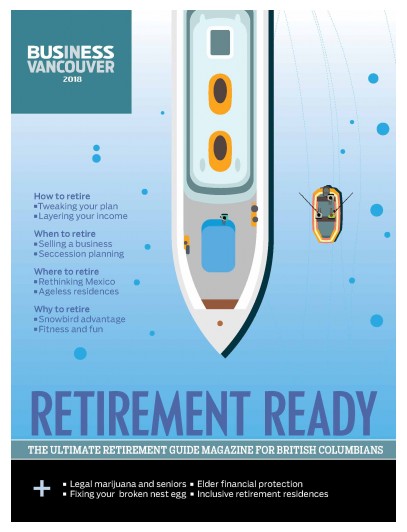 A new age for retirement residences

Time to get off the couch

Remember the movie Wall Street? How about the original Masters of the Universe? Hit songs Man in the Mirror by Michael Jackson and Bobby McFerrin’s Don’t Worry, Be Happy are likely just as familiar.

All of these came out 30 years ago.

And that is the message to millennials about their retirement angst: time is on your side, so take advantage of it. Don’t blame your parents.

This Retirement Ready includes a millennial’s rant on retirement (page 13) by London, U.K., author and award-winning entrepreneur Lucy Cohen, who cautions that retirement for those born after 1978 will be nothing like it was for the baby boom generation.

Cohen, and many other millennials, fear retirement. They say the boomer generation had it good over the past half-century and envy an apparent easy street to the golden years.

But, believe me, there are few baby boomers who don’t look back on their retirement plans and wish they had taken greater advantage of the one thing they can’t replace: time. In her book The Millennial Renaissance, How to Thrive for the Rest of Your Life, Even Though Boomers Have Screwed It Up for Us, Cohen argues that young workers today will have to juggle two or even three jobs and work longer to save themselves from pension-age penury.

She blames the boomers.

“If we don’t own or achieve the traditional trappings of ‘adulthood,’ it’s because the baby boomers have ruined it for us,” she writes. “They own the affordable housing. They snagged all the decent pension plans and are staying in the job market longer. They’re eating up [government] pension programs – and oh, yeah … they brought the economy to a crashing halt a few years back.”

But millennials have time, an investor’s most powerful tool for retirement planning.

Consider this: if 30-year-olds today – many of whom are making more money than their parents ever

dreamed of – simply took advantage of compound interest, their retirement could be secured. If they put $50,000 into a growth fund and never touched it, at a seven per cent return they would have more than $800,000 at age 70, just through the compound interest. Also, even a modest Vancouver home has tripled in value in the past 20 years.

Millennials, don’t compound the mistakes of the past.

Be savvy with early retirement investments and you’ll find time is on your side.