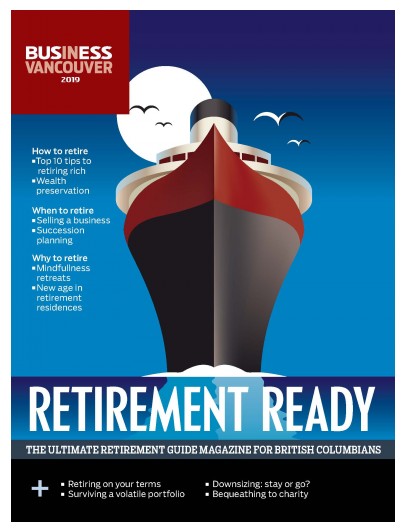 Living longer in a lucky time: Centenarians are now the fastest-growing age group in Canada, and many are sharing the benefits of the society they helped to build

Rethinking retirement homes: A revolutionary generation is now disrupting the entire concept of seniors' housing with a focus on independent thinking in a co-operative environment.

There is a gap in Canada between the starry optimism of the young and the honed skepticism of the old.

Some may say this has always existed, but since more than 1,000 Canadians are reaching retirement age every day, this deserves attention when discussing retirement preparation. Basically, a recent national study of working and retired people found that 33 per cent of adults under age 34 expect their standard of living will be better when they retire. But only nine per cent of those over age 55 agree.

The survey, arranged by the Ontario Securities Commission and released in December 2018, also found that 40 per cent of young adults have not started saving for retirement, and neither have 13 per cent of those over the age of 55, including 18 per cent of women.

The survey also found that 40 per cent of young adults and 17 per cent of older Canadians report high levels of financial stress.

It turns out, however, that much of the stress is not warranted. The survey discovered that nearly half (49 per cent) of retirees say their lifestyle is “about the same” as when they were working. A separate Sun Life survey found that nine out of 10 retirees report feeling positive about post-work life and 60 per cent say they are having more fun.

The reason is retirees often find they need less money in retirement than what they expected. When asked what they think is the biggest surprise of retirement, the top answer (from 32 per cent of respondents) was how easy it is to live on a reduced budget.

Retirees are not spending money on business lunches, work clothing, commuting or child care and are paying less income tax. For many there is no mortgage payment.

This issue of Retirement Ready is packed with expert advice to ensure an active and rewarding retirement, but one quote should resonate with all those looking towards their golden years. “We are the luckiest people to have ever lived on this planet,” says Simon Fraser University gerontology professor Andrew Sixsmith. “It’s an unprecedented period in history, so let’s make the most of it.”