By Glen Korstrom | August 13, 2018, 9:09am
Hillside Winery and Bistro winemaker Kathy Malone is one of the people spearheading a drive to make the Naramata Bench a sub-appellation within the Okanagan Valley |Hillside Winery

The provincial government is loosening wine-labelling restrictions as it allows more Okanagan Valley wineries to include smaller regional names on labels along with the Okanagan Valley appellation.

Drives are underway to extend the privilege to wines made from grapes grown on the Naramata or Skaha benches.

Winemakers using grapes from the Okanagan Falls region got news July 27 that they are eligible to put that sub-appellation, or sub-geographic indicator, on wine-bottle labels.

In 2015, the B.C. government approved the Golden Mile Bench as the first such sub-appellation.

Winery owners in more Okanagan Valley regions want to be able to use geographic designations on labels to raise their areas’ prestige and help consumers find wine with characteristics specific to small regions within the valley.

Winery and vineyard owners whose properties are on the Naramata Bench are in a four-week voting process, which ends August 27, Hillside Winery and Bistro winemaker Kathy Malone told Business in Vancouver.

Around 40 people get to vote, and proponents of making the Naramata Bench B.C.’s third sub-appellation need the approval of at least two-thirds of those eligible voters. Abstentions, she said, count as votes against the new designation.

“We really want people to get out and vote. I would dearly love to see a ‘yes’ vote, but if it is a ‘no’ vote, this is something that we would like to know,” and not have the plebiscite fail due to apathy, Malone said.

Malone and others on a committee promoting the new sub-appellation contracted scientists to complete a report to make the case that Naramata Bench’s soils, elevation and climate make the region distinctive from surrounding areas.

They submitted the report to the British Columbia Wine Authority (BCWA) in April, and the BCWA sent consultative emails to its members across the province to see if anyone had concerns about the proposal.

Views from winery and vineyard owners whose properties lie just outside the proposed Naramata Bench region’s designated boundaries will be keenly listened to, Malone said, but only wine-industry stakeholders whose land is inside the boundary area are eligible to vote.

“We’re hoping that government will approve this by year’s end and that 2018 wines will be able to have the sub-geographic indicator on labels,” she added.

Winery principals whose ventures are on the nearby Skaha Bench are also jockeying to get Victoria’s approval of their sub-region as another sub-appellation.

For John Skinner, whose Painted Rock Estate Winery is on the Skaha Bench, having a sub-regional designation is a way to entice customers and enable them to better understand the Okanagan region. He has spent much of the past year visiting England and parts of Europe to meet restaurant owners, distributors and others, with the aim of creating an export market for Okanagan wines. 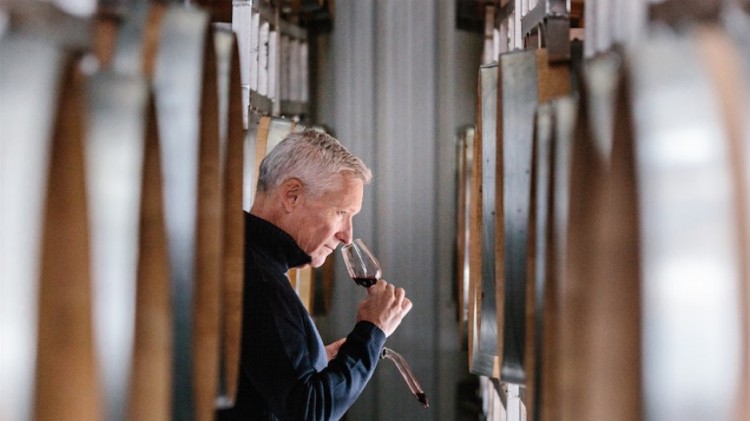 “We’re in the top restaurant in Bordeaux right now,” he said. “We’re in the No. 1 restaurant in London, England. I want [diners] to know about the Okanagan Valley, and then I want them to be able to peel the onion and learn about Skaha Bench.”

Skinner and principals at neighbouring Skaha Bench wineries have similarly hired scientists to produce a report, which has been submitted to the BCWA.

They are consulting land owners on the bench, as well as others outside the area, and expect to submit a formal proposal to the BCWA by the end of August. The BCWA would then hold a similar four-week plebiscite and forward its results to the Ministry of Agriculture, which would launch the process to allow the new designation.

The recent drives to create sub-appellations follow the 2015 founding of the B.C. Wine Appellation Task Group, which planned to splinter the Okanagan Valley into 15 contiguous regions, in a way that would resemble a cracked mirror.

“I wanted it all to happen at once,” task group chairman and Summerhill Pyramid Winery principal Ezra Cipes told BIV.

In the end, however, the project proved too ambitious for the task group, and it was left to deeper-pocketed groups of winery owners to spend the necessary time on reports, lobbying and consultation to get their regions designated.

Cipes believes there will likely be parts of the Okanagan Valley that never become part of a designated sub-region, and therefore wine made from grapes grown in those areas will be limited to having the Okanagan Valley geographic indicator on bottle labels.

“It just doesn’t make a lot of sense to me,” he said. “But if you’ve got a legitimate sub-appellation, fair enough.”•