Vancouver International Airport (YVR) won the honour of being named North America’s best airport, and the 17th best airport in the world at the Skytrax World Airport Awards, which were held March 27 in London, England.

The awards are based on more than 13 million independent customer satisfaction surveys, which are in a variety of languages and include opinions of travellers around the world. 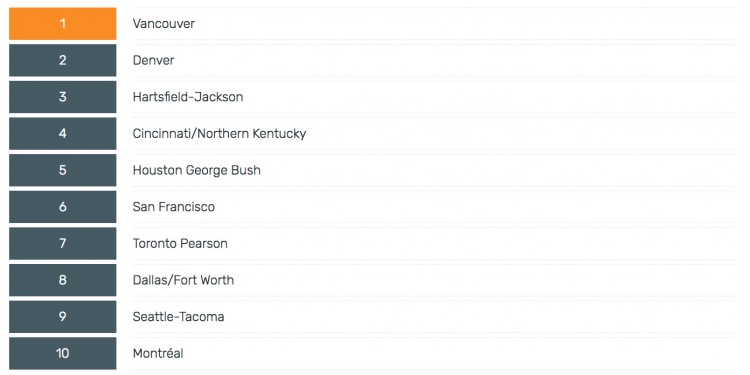 Singapore’s Changi Airport ranked No. 1 in the world for a seventh straight year, which is a record number of years, according to Skytrax, which has been hosting these awards since 1999.

Skytrax' 2019 ranking for best airport in the world: 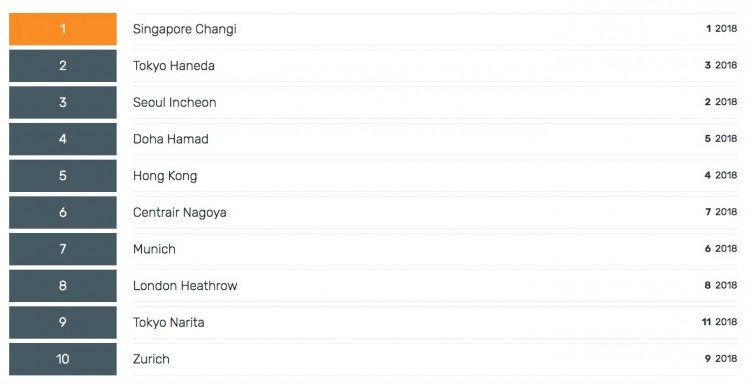 The only other award for a Vancouver business went to the Fairmont Vancouver Airport hotel, which won recognition as the best airport hotel in North America.

This was the sixth consecutive year, and the eighth time in the nine years, that the Fairmont Vancouver Airport has received this honour.

“We celebrate our twentieth anniversary this year and it’s a tribute to our colleagues who constantly strive to provide a welcoming and personalized experience for guests who stay with us,” said the hotel’s general manager, Patrick Gosselin.

His 386-room hotel is said to be 90 steps from the U.S. departures level at the airport.

Guestrooms are triple sound proofed with floor-to-ceiling views of the airport runways, the ocean and mountains, according to the hotel.

A year ago, the hotel launched a re-designed floor that it calls Fairmont Gold.  That floor has 37 guest rooms and provides private check-in, an exclusive lounge, concierge, and luxurious accommodation with spotting scopes for plane watching.