Vancouver International Airport (YVR) earlier this year ranked as the No. 1 airport in North America for the 10th consecutive year at the global Skytrax World Airport Awards, but a new study shows the airport falling to sixth place when it comes to customer satisfaction.

A new study by the consumer insights and advisory services firm J.D. Power released survey results on September 25 that showed Portland International Airport atop the category for large airports with a 833-point standing. That category covers airports that have between 10 million and 32.9 million passengers per year, which is the category that includes YVR.

Now in its 14th year, the study is based on responses from 32,276 U.S. or Canadian residents who traveled through at least one U.S. or Canadian airport and covers both departure and arrival experiences (including connecting airports) during the past three months. Travelers evaluated either a departing or arriving airport from their round-trip experience. The study was conducted between October 2018 and September 2019. 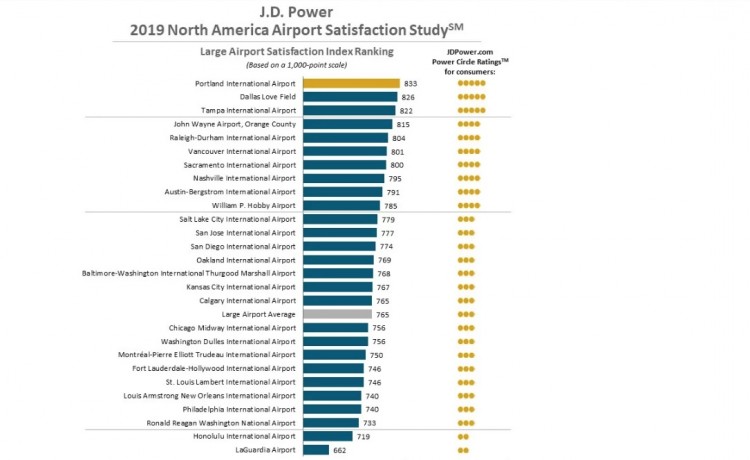 The survey evaluated two other categories of airport: mega airports and medium airports. Detroit Metropolitan Wayne County Airport (786 points) ranked atop the mega airports, which were those that processed 33 million or more passengers per year. 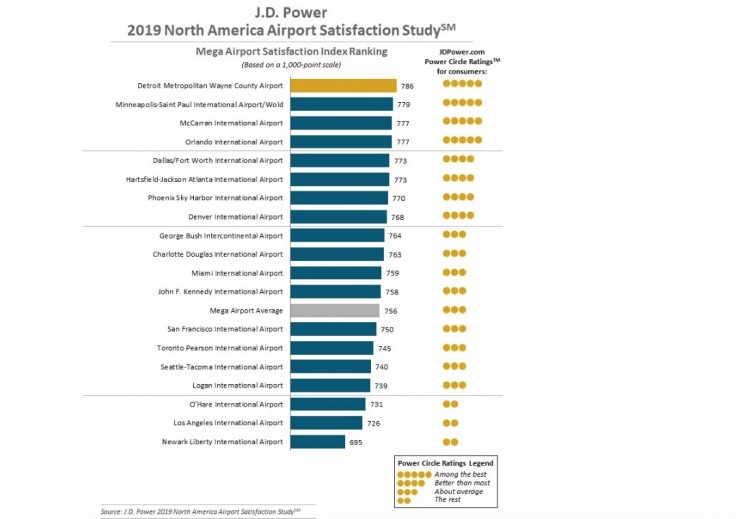 Indianapolis International Airport was deemed the most popular medium-sized airport, with 833 points. 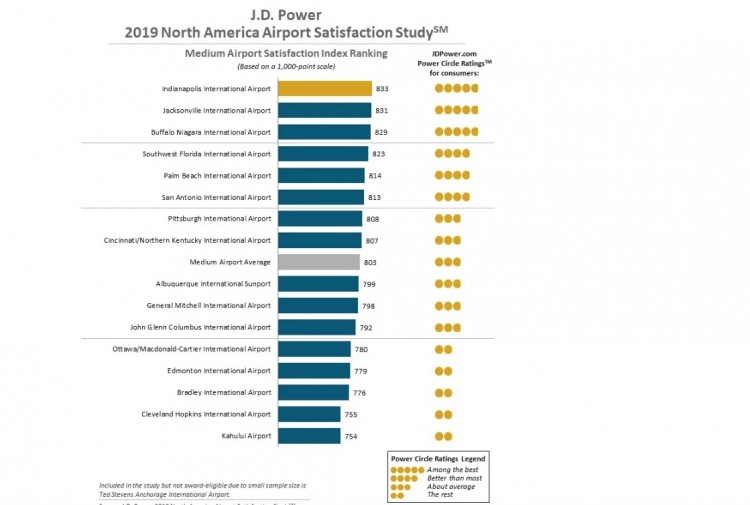