Long-term care in the province has suffered chronic shortfalls of resources and staff, experts say

For families with the frailest of seniors in long-term care, the cracks in the system that led to a crisis when COVID-19 hit were not a big surprise.

The virus brought problems into the open, but they had been there all along.

For May Mikhail’s 94-year-old mother Isabelle Mikhail, it started with falls. Isabelle had been in North Vancouver’s Lynn Valley Care Centre a couple of months when she fell in 2014. Another fall soon after sent her to hospital with a massive bruise on her face.

Previously, Isabelle had used a walker.

“And after that, she never really managed the walker again. So she was in a wheelchair, but she continued to fall,” said Mikhail. “She fell numerous times off the toilet. I gave really strict instructions: ‘Please do not leave my mom unattended on the toilet because she will try to get off.’

But Isabelle continued to regularly fall off the toilet onto the floor.

Such incidents aren’t an anomaly.

For many years, long-term care has been under-resourced, under-staffed and largely hidden from public view, say experts.

“It’s unfortunate it took a pandemic to really wake us up to what we’ve been talking about for the past few decades,” said Habib Chaudhury, professor and chair of Simon Fraser University’s Department of Gerontology.

Dr. Roger Wong, a clinical professor in the Division of Geriatric Medicine at the University of British Columbia (UBC), agrees. “I think what it has done is really revealed some of the systemic issues,” he said.

There are 294 long-term care centres in B.C. with roughly 27,000 publicly-subsidized beds – not counting about 8,747 assisted living and over 19,248 unregulated independent living homes for seniors or those which are strictly privately paid. The average age of residents in long-term care is 85 and over 30% are dependent on staff for basic activities like bathing and getting out of bed. Almost 65% of residents have some form of dementia and 30% have severe cognitive impairment. 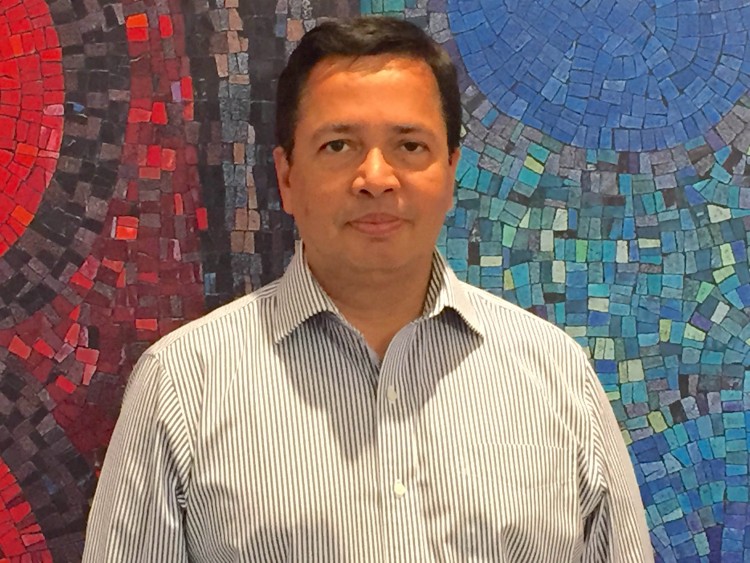 Habib Chaudhury, professor and chair of Simon Fraser University’s Department of Gerontology: “it’s unfortunate it took a pandemic to really wake us up to what we’ve been talking about for the past few decades” | Submitted

Until it affects a family directly, however, long-term care for seniors tends to be out of sight and out of mind.

And while most experts recommend that residents receive over four hours of direct care a day, care homes in B.C. continue to fall below that.

One person who has been sounding the alarm for years is B.C.’s Seniors Advocate Isobel Mackenzie.

The Ministry of Health sets 3.36 hours of care a day as guideline for how much care residents should receive. But Mackenzie found 70% of long-term care homes in the province fail to meet that. For contracted facilities the percentage not meeting guidelines rises to 82%.

Perhaps that’s not surprising. As Mackenzie noted in her 2019 report on long-term care homes “Currently, facilities are funded at levels that may not meet this guideline.”

Contracts covering block funding between care homes and health authorities are complex. But for much of the past two decades, “there has been consistent downward pressure on funding,” said Mike Klassen, acting CEO of BC Care Providers, which represents private care home operators in the province. “The consistent message from the care home sector to the government is the funding is too low to run many of these care homes sustainably.”

Under those circumstances, pressure to find ways to be efficient with labour costs is inevitable.

In the case of Mikhail’s elderly mother, caregivers encouraged her to use a diaper rather than a bathroom – describing it as a ‘toilet in her pants’ – not because she was incapable, because they didn’t have time to help her, said her daughter.

“There’s never enough care aides to stay with them long enough,” said Kelly Shellard, whose 82-year-old dad, Bill Shellard, has dementia and is also in care at Lynn Valley Care Centre. “These are people who try really hard to do their best. It’s a really hard job. But it’s an impossible job when there are not enough bodies physically to do it.”

Today’s long-term care system was first developed in the 1960s. But unlike other government health care services, long-term care was never put in the Canada Health Act, meaning there are no national standards.

That’s why long-term care can be very different in different provinces.

In earlier decades, there was also a more tiered approach to seniors’ care in B.C., say experts.

Residents in long-term care home were “much more diverse in terms of their needs,” said Jennifer Baumbusch, a registered nurse and professor at UBC’s School of Nursing, who specializes in residential care.

About 20 years ago, however, that shifted. People being placed into long-term care “had to be fairly complex and dependent to qualify.” 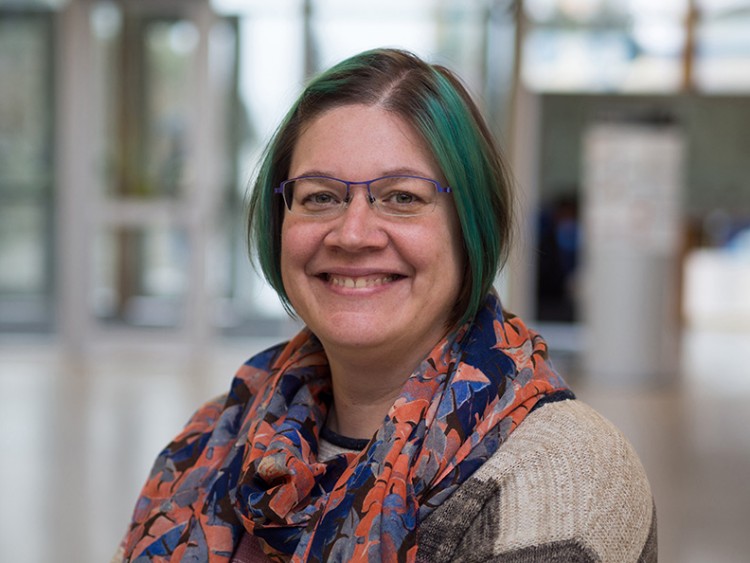 The needs of people in long-term care in B.C. have increased over the past two decades, but staffing levels haven’t, says Jennifer Baumbusch, a registered nurse and professor in the University of British Columbia’s School of Nursing | Submitted

But while the needs of those in long-term care increased, staffing levels didn’t, said Baumbusch.

Many physical buildings that had been constructed for a more capable population of seniors were also now providing homes for increasingly frail residents.

“If you go to any care home you’ll see long hallways,” where it’s easy for dementia patients to get lost, and dining rooms on main floors that residents have to be brought down to, said Chaudhury. That only adds to the difficulties of providing care.

The other major change that happened in the early 2000s was a move to increased privatization and contracting out of long-term care for seniors – in part because contracting those services was cheaper for government than building and operating new care homes directly.

Increasingly, for-profit care homes that used to be family-run businesses are operated by corporate chains that own multiple care facilities.

Jennifer Whiteside, secretary business manager of the Hospital Employees Union that represents care aides at unionized care homes, characterizes the early 2000s as “a real deregulation of our long-term care system. I think there was a real perspective on the part of health authorities that long-term care operators were businesses. And the operating model wasn’t really the concern of the health authorities.... I don’t think there were enough checks and balances in the system.”

“We have many, many examples of contract flipping over the years,” said Whiteside, pointing to Inglewood Care Home in West Vancouver as a prime example, where the previous owner of that facility “contracted out [with different companies] six times in 10 or 12 years,” she said.

Klassen said care home operators were forced by the government to contract out their labour costs as funding was squeezed. “The only way [many care homes] could actually operate and not be constantly in the red was to try to address some of the costs of labour.”

The upshot was many care aides, who are responsible for about 67% of direct care and previously earned a standard provincial wage of up to $25 an hour with benefits, found their wages repeatedly cut – to as little as $17 an hour in some cases. According to BC Care Providers, the average starting salary for a care aide in B.C. is $19 an hour.

The consequence, said Whiteside, is that it made working in care homes “very unattractive to people.”

“It tends to be a precarious workforce,” said Whiteside. Most workers are women and many are from vulnerable communities. Some are temporary foreign workers recruited to work in jobs other health care workers have rejected.

The scale of how much changing that would cost is evident in the over $10 million a month the province has been paying since the spring to ensure all care aides work at a single facility – while being paid a higher wage.

Contracted long-term care homes cost taxpayers almost $1.3 billion a year in B.C. But as Mackenzie pointed out this year in her report A Billion Reasons to Care, there is inadequate transparency on exactly where that money goes and how much of it is spent on direct care.

Staff who work in this environment are under pressure to provide care as efficiently as possible.

“They’re given a certain amount of time to do a certain task,” said Althea Gibb-Carsley, Mikhail’s partner. “And as people’s cognition changes, it’s very seldom enough. And it often is grossly inadequate…. They’re pushed, pushed, pushed, in relation to that task list.”

Theoretically, she said, every resident has a care plan driven by their unique needs. “And theoretically, each of the staff who comes in to take care of the residents is acquainted with that care plan.”

The reality is often different.

“It’s feed, clothe, clean,” said Mikhail. If you’re lucky. Everything else falls by the wayside.

The idea that someone could sleep in late or go for a walk in the garden has been replaced by the need to make sure “they are fed, they are clean, they are calm,” he said.

According to Mackenzie, 25% of long-term care residents are given antipsychotic medication without a diagnosis of psychosis and twice as many residents take anti-depressants as those with a diagnosis of depression.

“We use psychotropic medications to help people calm down and stay put,” said Chaudhury.

Putting a parent or other family member in residential care is often a difficult decision.

“It’s not a light switch,” said Wong. “Typically, seniors and their loved ones or families have really struggled. They’ve struggled for a long time in the community with all kinds of supportive services, home care, etc. And then finally, as a result of multiple health conditions, and sometimes it includes things like mental health conditions, like dementia or Alzheimer’s disease, or significant disability, or significant burnout from the caregivers, then they go in there.”

“Nobody says, ‘I’m dreaming of going to a care home when I get old,’” said Bauschbusch. “And so it’s not something we like to think about a lot. And when the government is having their calls around, informing the next budget, this is not necessarily an area that people have stood up for.”

The system in place until very recently where families had to take the first available bed in the region has in itself been “a traumatic experience,” she said. “You get a call from the hospital saying transport is coming to take your parent to care home B. People have very limited choice.”

At a fundamental level, seniors’ care is an uncomfortable topic, tied up with the issue of ageism, said Chaudhury, plus scarce health care dollars and a vulnerable population with limited power to advocate.

“Definitely at the policy level, it is a reflection of how we have devalued seniors’ care.”

Glacier Media’s in-depth look at the problems besetting care for the elderly in B.C. as the COVID-19 pandemic exposes deep weaknesses in the system. See also:

• What are the lessons learned from the outbreaks of COVID-19 in long-term care facilities? Answers are starting to emerge.

• How do we fix the problems in our long-term care facilities? Studies point to some solutions.