B.C.’s tourism and hospitality sectors have a long path ahead before returning to anything that resembles the vibrancy that proliferated before the COVID-19 pandemic took hold.

Government restrictions on travel, gatherings, events and restaurant operations are only part of what is holding the industry back. The other half of the equation is persuading the public that leisure travel and activities are safe.

Premier John Horgan and provincial health officer Bonnie Henry have stressed that they understand the challenges the sector faces, yet while industry representatives and government officials have held countless meetings, tension remains.

The most recent example of agitation came last week, when Horgan said that he would be looking into his legal ability to close the B.C.-Alberta border to non-British Columbians. Tourism Industry Association of BC's CEO, Walt Judas, was quick to tell BIV that the result of that policy would be "disastrous" for the tourism sector.

Friction was also present during the summer, when the industry sought $680 million in government support, but the Horgan administration provided only $100 million, including $50 million for a tourism task force.

After the task force released its report in December, the government came through with an additional $55 million in support, including $5 million to support Indigenous tourism businesses.

One positive note for the the province's hospitality sector through December and January was that B.C. and Saskatchewan were the only provinces west of the Maritimes to allow dine-in service at restaurants.

Victoria also acted on industry’s request to limit meal-delivery companies’ commissions to 15%, down from the 30% that some charged.

The sector wants that, and other temporary changes, to become permanent. For example, Victoria has temporarily allowed restaurant owners to buy alcohol at wholesale prices and sell alcohol with delivery and takeout meals.

As important as these changes are to the sector’s future, however, many restaurant owners have told BIV that what they want most is open communication, and to be listened to.

Henry’s one-day notice that restaurants had to stop serving alcohol at 8 p.m. on New Year’s Eve prompted restaurant owners in early January to send Henry a scathing open letter that read in part:

“On the last evening of a very difficult 2020, you created havoc for so many people who believed their New Year’s Eve was safely planned.”

British Columbia Restaurant and Foodservices Association CEO Ian Tostenson later told BIV that he believes that Henry, and the government, are now committed to better communication with the sector.

Some asks that Tostenson said the industry has for the government is to reduce the employer health tax. It also would like WorkSafeBC to reduce premiums, and municipal governments to reduce or defer property taxes.

He would also like the province to push into the future bans on plastic items, such as bags, until the industry is on more stable footing.

B.C. Tourism Task Force chair Tamara Vrooman said she was encouraged that the B.C. government posted her group’s report immediately and publicly but said much more needs to be done because January is normally a tough time for the sector. 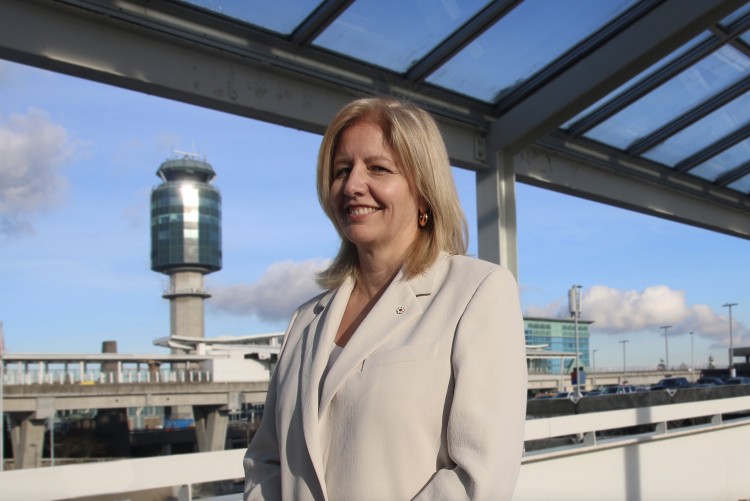 Some key recommendations in the province’s tourism task force report include:

•postponement until December 2022 of any fixed costs, such as property taxes, utility rates and tenure or other Crown fees;

•a safety certificate program that would provide training on COVID-19 safety protocols;

•a government incentive program to encourage travel within B.C.;

•a ‘Welcome to B.C.’ program in spring 2021 to encourage domestic and international visits, depending on whether borders have reopened; and

•better data-gathering on COVID-19’s impact on the sector.

"I'm optimistic, but of course, it is their decision," Vrooman said, adding that she has had some encouraging discussions with government representatives.

Vrooman, who is a former deputy minister of finance, believes that her task force wrote its recommendations in a way to make it easy for government to implement.

Operators in niches within the tourism sector, such as the hotel industry, are feeling pain now, BC Hotel Association CEO Ingrid Jarrett told BIV.

“It’s been extremely difficult to access government programs, because the hotel industry itself is very misunderstood,” she said.

Jarrett explained that her sector operates through joint ventures and partnerships, with many small businesses that carry global brands.

“Large hotels have not been included in any relief measure,” she said. “Nor have they had any of their fixed costs forgiven or even reduced.”

Jarrett applauded the federal government’s Highly Affected Sectors Credit Availability Program, which provides government financing and low-interest loans, but said the provincial government needs to step up and do the same “to create a made-in-B.C. solution.”

As for executives at tourism destinations, Science World CEO Tracy Redies said the federal government’s Canada Emergency Wage Subsidy program was largely responsible for enabling her attraction to stay open. She urged governments to defer taxes and provide financial support for the industry.

“We definitely could use government support because we’re going through all this, and financing losses," Redies said.

"We’re not able to invest as much in the building and in other things. So government support to ourselves, and to the rest of the tourism industry, is really critical.”

Redies added that the certificate program recommended by the task is another tool for returning to normalcy.

If nothing else, that training program would help institute a consistent set of standards for how to operate in compliance with COVID-19 restrictions, she said.

“You could go to one place, and they require masks, while another place doesn’t. I don’t think that is contributing to building consumer confidence,” she said. “Consistency in practices makes people feel more comfortable” •

This is Part 2 of a two-part series on the state of B.C.'s tourism sector, and how it can find its way back to sustainability. To read Part 1, click here.