A new set of draft regulations that were supposed to strengthen the reporting of pathogens in farmed salmon and monitor the health of wild salmon swimming nearby has been panned by environmental groups as more of the status quo.

"It's kind of a joke," said Stan Proboszcz, senior scientist with the Watershed Watch Salmon Society.

The organization is one of several environmental groups that have been consulting with the federal government over the past year as it sought a path to phase out salmon farming in open-pen nets — a practice many scientists say is leading to the spillover of pathogens into wild populations.

Last week, Fisheries and Oceans Canada said it would renew the licences of all of B.C.'s 79 open-net pen salmon farms outside of the Discovery Islands.

Fisheries Minister Joyce Murray told Glacier Media the licence renewal was meant to give all parties — including Indigenous communities, the industry, environmental groups and different levels of government — time to come up with a plan to phase out the practice so farmed and wild fish have no contact with one another.

A final plan to transition the farms is expected to be released next spring.

As part of the latest two-year renewal, Murray said an updated conditions of licence agreement would heighten requirements for salmon farms to come up with sea lice management plans and wild salmon monitoring.

But while some initially praised the move as one step closer to rejuvenating wild Pacific salmon stocks, draft details of the heightened interim surveillance measures have raised doubts among some environmentalists and scientists. 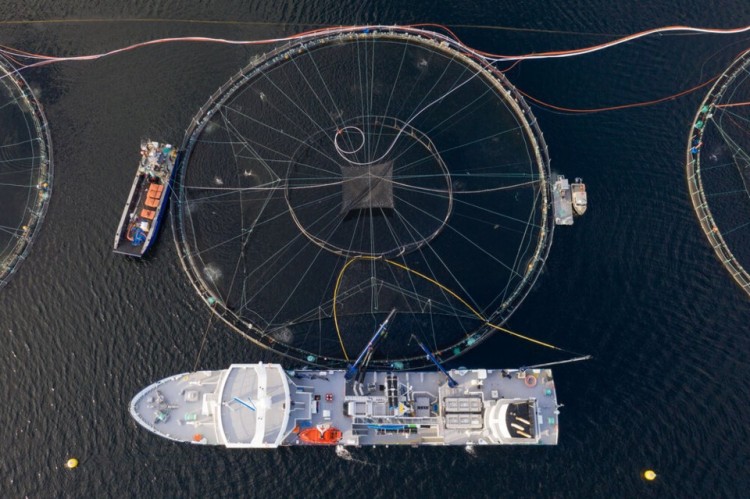 In a draft conditions of licence agreement, dated to go into effect July 1, 2022, the updated measures provide no significant changes, says Proboszcz.

Glacier Media reached out to Minister Murray's office for comment. But after repeated attempts, her office did not provide answers by publication time.

The document, seen by Glacier Media, states salmon farm operators must keep average lice levels down to three louse per farmed salmon. Proboszcz says that's especially important from March 1 to the end of June, when many juvenile salmon swim by open-net pen farms.

In reality, more than half of salmon farms in B.C. regularly exceed that level, according to a 2021 letter to DFO outlining improvements to the licence conditions and signed by Watershed Watch Salmon Society, Georgia Strait Alliance, David Suzuki Foundation and Living Oceans.

If farms go over that level, "there really aren't any penalties," said Proboszcz. "We've never heard of a farm getting fined for that."

If those levels are exceeded, the draft conditions of licence offer a 42-day 'grace period' during which Proboszcz says wild fish will continue to be put at risk.

One species of lice common on farms, Caligus clemensi, has been found to pose a potential threat to wild fish but isn't considered in the draft management rules.

Meanwhile, fish farm operators will continue to be free to hire contractors to monitor nearby wild fish health and oversee their operations; something Proboszcz describes as a "conflict of interest."

Independent salmon scientist Alexandra Morton said she was equally shocked to see no mention of mandatory screening for the tenacibaculum bacteria and piscine orthoreovirus (PRV) before farmed salmon are transferred into a new pen.

She said drastic measures need to be taken to halt the spread of pathogens from farmed fish to wild populations.

"If you can't keep the lice down, which they can't, then they need to start killing the fish to bring the lice level down," said Morton. "Wild salmon just can't take this."

Or, as Proboszcz characterized the latest draft plan: "The industry's ability to manage their parasites, viruses and bacteria continue to fail year after year after year.

"A few tiny tweaks aren't going to change anything."