By Glen Korstrom | September 26, 2022, 2:06pm
Pizza Hut is using robots such as these in Vancouver's West End | submitted

Pizza Hut is at least temporarily using robots to deliver food to some customers who live near its 1725 Robson Street location in what is the latest advance in restaurants replacing workers with automated technology.

The Aquilini Investment Group's PH Restaurants LP operates all of the Pizza Hut franchises in B.C. So far the only one of those pizzerias using robots is the one on Robson Street. It is unclear whether robot food delivery will be rolled out at other Pizza Hut locations, although it makes sense for the pilot project to be first rolled out in a dense neighbourhood.

Customers eligible to have their orders delivered via robot must use the Pizza Hut app, and live within a short distance from the store. Customers are sent a code to enter into the robot in order to open the top and take out their pizza.

The robots use sensors to navigate the streets, and Pizza Hut staff are able to monitor the robots' locations. The initiative is part of a partnership Pizza Hut has with U.S.-based Serve Robotics.

The phenomenon of using technology to speed restaurant operations has increased substantially in the past decade. Initially, restaurants such as A&W Food Services of Canada Inc. rolled out automated kiosks at its restaurants. A&W CEO Susan Senecal in 2018 told BIV that the point of using self-serve kiosks was for customer convenience, and not necessarily to cut costs.

Yu told BIV that servers at restaurants that own or lease his robots spend more time ensuring that diners are enjoying meals and less time on repetitive tasks such as delivering the meals. 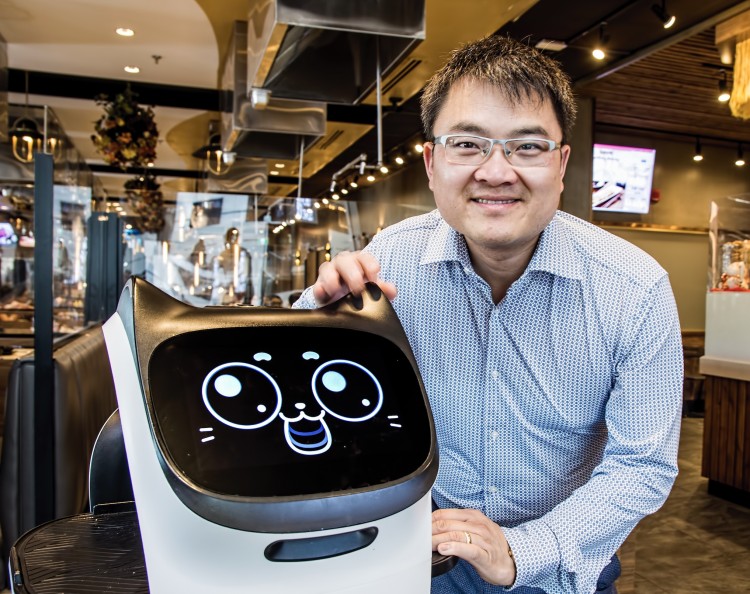 Robots have also evolved to be used in other parts of the food chain.

Farmers, like restaurant owners, have found it challenging to find workers – something that has helped fuel a willingness to use robots.

Lenore Newman, director of the University of the Fraser Valley’s Food and Agricultural Institute, told BIV that farmers around the world are increasingly using robots to pick fruit, particularly in greenhouses and indoor growing environments in Japan and the Netherlands.

Robots are not as efficient at picking fruit outdoors, she said, because they do not operate as well in dirt, dust, heat and rain.