After a plunge in visits during the pandemic, weak B.C.-bound travel from Chinese tourists lingers.

Tight Chinese government restrictions on citizens’ travel continues to hurt some local tourism and retail businesses; particularly those that catered to the substantial influx of Chinese visitors to Vancouver in the decade before COVID-19.

American visitors to the province are picking up some of the slack, although those visits also remain below their pre-pandemic level.

Destination British Columbia statistics show that in 2022’s first seven months, 18,538 visitors from China arrived in Canada through a B.C. entry point – more than 90 per cent fewer than the 194,927 Chinese nationals who did the same thing in those months in 2019.

The effect of fewer Chinese visitors on the B.C. economy is widespread.

Destination BC data shows that non-U.S. international visitors spend more per person on trips to B.C. than do Americans or domestic tourists. Mainland Chinese visitors were the highest-spending international visitors pre-pandemic, laying out an estimated $2,021 per person, according to the province’s tourism marketer. Aussies were second at about $1,814, said Destination BC spokeswoman Kristen Learned.

David Chung, president of the BC Asian Restaurant Café Owners Association and owner of Jade Seafood Restaurant in Richmond told BIV that Chinese travellers pre-pandemic frequently ate at restaurants that served Chinese and other Asian foods – often at higher-end establishments and in larger groups that included relatives.

That business has dropped substantially, although Chung said it has been good in part because there are more Americans than last year, and they are spending lavishly because their dollar is strong.

“We have had an increase of American travellers, which is nice, as they seem to have lots of money these days,” said Manuel Bernaschek, who owns the Vancouver location of the Italian fashion house Stefano Ricci.

Bernaschek told BIV that, pre-pandemic, about half of his sales were from people he thought were visitors from China. He believes Stefano Ricci’s brand is strong in China in part because it opened its first store outside Italy in China in the 1990s. 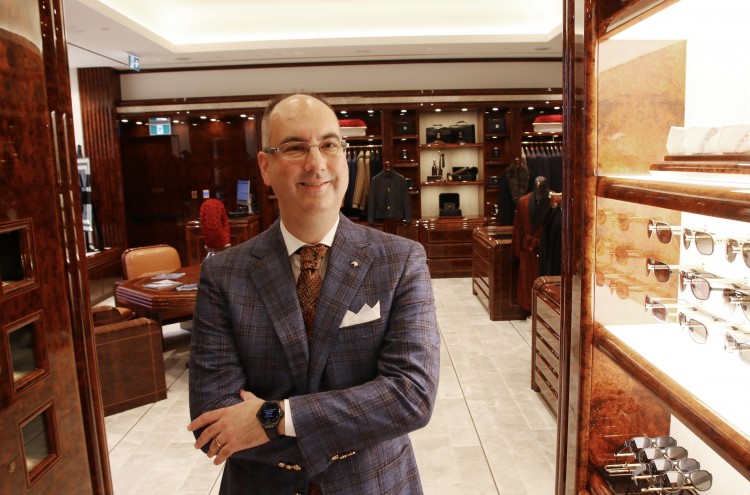 Attractions such as the Richmond Night Market benefited from mainland Chinese tourists pre-pandemic.

Owner Raymond Cheung told BIV that his destination ended its 2022 season on Oct. 10 and was successful largely because so many Americans visited.

"There were a lot more people staying longer and spending more at the night market than they did before the pandemic," he said.

"The credit should go to Tourism Richmond because they spent quite a bit of resources to try to have a rebound in Richmond tourism, and of course, the night market is an iconic attraction for the city in the summer."

China Southern Airlines (NYSE:ZNH) launched inaugural thrice-weekly flights in 2011, went to five times per week in 2012 and made its flights daily in 2013.

When Xiamen Air launched flights to Vancouver in July 2016, it made Vancouver International Airport the only airport in the Americas and Europe to have five Chinese carriers with non-stop routes to China.

The only Canadian carrier making non-stop flights to China pre-pandemic was Air Canada (TSX:AC), with 12 flights per week.

Beijing Capital, China Southern and China Eastern airlines have yet to resume flights to Vancouver.

Sichuan and Hainan airlines plan to fly one Vancouver flight per week next month, while Xiamen Airlines, Air Canada and Air China are planning two flights between Vancouver and China per week in November, the VAA said. •