International retailers are selecting Vancouver as their launch pad for North American operations in part because its multicultural mix and culture makes it an ideal testing ground, particularly for companies from the Asia-Pacific region.

“Most furniture stores, when they want to launch into the North American market, they usually go to Los Angeles,” King Living CEO Anna Carrabs told Business in Vancouver by phone from Australia. “The reality is that we wanted to test the market, and we felt that doing that in Vancouver was a better way for us to do it.”

She explained that economic and living conditions in Vancouver are similar to those of Australian cities and that Vancouver gives her company a feel for the U.S. market without venturing south of the border.

Lululemon Athletica Inc. founder Chip Wilson told BIV in October that he similarly feels that Vancouver's active, and outdoor-oriented, culture is similar to that of Australia, and that was partly why he opened the first Lululemon store outside Canada and the U.S. in Melbourne in October 2004.

As for King Living, it is a fast-growing furniture designer, manufacturer and retailer that has 16 stores in Australia. Because it custom designs furniture, its stores are showrooms where customers view products and order them to be delivered.

The company first branched out internationally in 2015 with a store in New Zealand – a country that Carrabs believes is extremely close culturally to Australia.

A couple of weeks later, the company opened a store in Singapore.  Co-founder David King moved to Singapore to ensure that the company’s first Asian store would be a success. Stores in Kuala Lumpur and Shanghai followed, making Vancouver the company’s fifth international location.

The 10,000-square-foot store at the corner of Granville Street and West 15th Avenue opened on June 7. It conforms to what King Living often looks for in a location – being on the corner of a busy road, Carrabs said.

“[South] Granville is where you would set up a furniture store,” she said. “It’s got well-known U.S. furniture stores around it – West Elm, Pottery Barn, Restoration Hardware. It is absolutely the right area.”

Things have gone well so far, with Carrabs estimating that the store generated nearly $500,000 in sales in its first two weeks.

Cobs Bread similarly launched its first North American store in the Lower Mainland, at North Vancouver’s Edgemont Village in 2003, two weeks before it opened a second store on West 4th Avenue in Vancouver.

The chain, which is a division of Australia’s Bakers Delight, could not use the parent company brand in Canada because the name was already copyrighted.

Bakers Delight founder Roger Gillespie told media at the time that he chose to launch North American operations first in Vancouver mostly because of business factors such as the retail price for bread, the cost of rent and ingredients, available labour and the similar values of the Canadian and Australian dollars.

Gillespie added that Vancouver was a few hours closer to Australia than is Toronto. That, he said, makes communication easier because when it is 9 a.m. in Sydney, it is 4 p.m. in Vancouver the previous day. Had he opened in Toronto, it would have been after business hours when it was 9 a.m. in Sydney and through the entire Sydney business day.

Australian eyewear retailer Bailey Nelson also followed the trend of making Vancouver its first North American location in 2017, when it opened stores on Robson Street and in Gastown.

The company’s North American managing director, Bree Stanlake, told BIV at the time that the choice of Vancouver as a North American launch pad was made partly because Vancouver’s culture is similar to that of Sydney.

“Although Sydney is much warmer and a little more conducive to surfing and water sports, people in Vancouver are very much into having an outside lifestyle,” she said.

La Maison Valmont president Didier Guillon told BIV in 2017, when he opened his Switzerland-based cosmetics chain’s first North American location, at Oakridge Centre, that he chose the location because “Vancouver is one of the more cosmopolitan cities in North America and probably worldwide.” 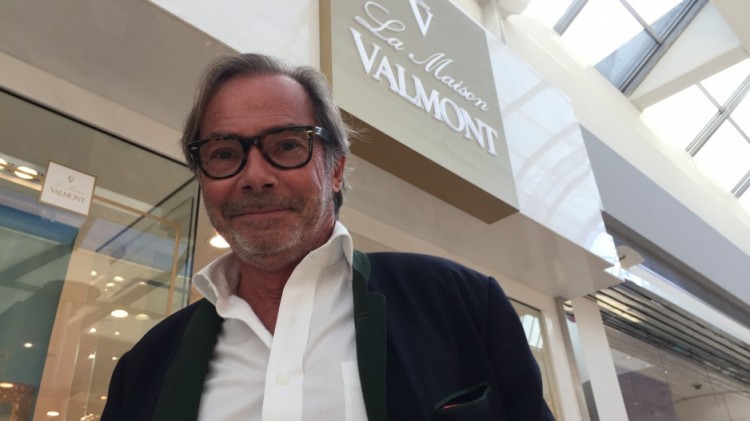 Retail Insider Media owner Craig Patterson said cities such as New York and Toronto still top the lists of many international retailers but he was not surprised at Guillon’s choice, particularly given that he heads a luxury retailer.

“Vancouver has a very advanced market where there is a population who likes to shop and who has money,” he said. “They know brands and what the latest trends are. Putting a store in the Vancouver market is a great way to test out potential for success in other markets as well.”

He noted that a retailer’s decision to open in one city as opposed to another sometimes comes because a franchisee or partner happens to live in the city.

He added that Vancouver has some proactive retail real estate brokers, such as CBRE’s Mario Negris and Martin Moriarty, and JLL’s Chris Wood. Those brokers, Patterson said, have been effective at seeking out global brands and selling them on the concept of coming to Vancouver. •